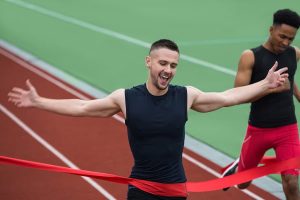 The SDLT holiday was introduced to take effect on the 8th July 2020 in a market that was already busy.

There were people who were only just able to move and had sat patiently waiting during the first lockdown, there were those who realised that they needed more space as they understood that they were going to be asked to work from home for the foreseeable future, and there were those who decided that, after having been confined to their homes with the opportunity to exercise only once a day, they needed more room.

There were obviously other reasons why people would decide to move, but that is what the market seemed to be based on. And so from the 9th July 2020, there was a stamp duty holiday. Initially, this was set to continue until the 30th March 2021, and, at the point when it was introduced, all over the land, conveyancers sighed deeply as they knew what it was going to be like: the memory of the introduction of the 3% surcharge in 2017 was still fresh in our minds, and we knew that this time it would be busier because it would affect everyone moving house, not only those who were buying a second property.

Looking back, I think that what really took us by surprise is how many people then chose to move, spurred on by the prospect of saving money. This continued throughout 2020, and as we came into the Christmas period, it was clear that the run up to March 2021 was going to be frantic.

We had never known anything quite so busy but also chaotic. There were still restrictions on viewing properties, (and yes, I had a client who bought a house after a ten minute viewing only to decide that she did not like it and then resold it and moved twice in an eight month period), restrictions on meeting clients, the Government guidance was to work from home …. It was almost a perfect storm.

And as we all starting to knuckle down at the end of February with the finish line in sight, on the 3rd March, the Chancellor decided to move that finish line. He pushed it back for three months to the 30th June. This would have been fine if it had only been for those presently in the throes of moving so that they could be sure that they would be able to move and benefit from the saving but it applied to all – which meant that those who had been thinking that they would move next year or the year after decided that they would take advantage of a booming market and move.

So not only did we have those presently in the system, but a whole new load of clients who were pushing to move before the end of June. And I have to say we all did well coming into June, and getting as many moved as possible. Data shows that there was an increase of 85% on completions in June 2021 compared with June 2019 whereas the data for March only reported a 66% surge. Conveyancers worked around the clock to get as many people completed as possible. Data from June also shows that on average, house prices had increased by 4.5% since May 2021 , with an annual price rise of 13.2% which makes the average property in the UK valued at £265,668.

But then we had tapering and still people wanted to move. Talking to others in neighbouring firms, it is clear that the end of September has been far harder than the end of June. I believe that part of this is regional; some areas, such as the East and West Midlands, the North West, the North East and Yorkshire have average house prices below £250,000 which means that people in those areas could still find themselves paying no stamp duty if they were to complete before the end of September.

And this is important to appreciate – no stamp duty as opposed to a small amount of stamp duty. By using the words ‘no stamp duty’, it almost invokes the idea that it could be far more than £2,500 which is being saved. So I think that we have clients who are still desperate to save money, even though it is a smaller amount, and exhausted conveyancers.

I am looking forward to having my evenings back, and not having to work at the weekends. I know that many conveyancers have been working over weekends and late into the night. We have not had time to recharge our batteries from the end of June – but we only have four more manic days ahead – please keep at it. The finish line is truly in sight even though some clients are still asking if I believe that there may be another reprieve.

448 days when we have looked after our clients at the risk of our own mental health. We have been battered by the experience. I hope that many of you reading this do not have completions on Friday, 1st October, but know that is wishful thinking. I have not forgotten we will now get the Christmas rush .

So please keep those prices high; please take some time to rest; please don’t work next weekend; and on Thursday evening, I want us all to raise a glass to the most amazing profession. We help people buy a home and build a future.

Despite all of the abuse and criticism we have received, we have helped so many people achieve this , and we have kept the economy alive when shops and restaurants were closed. Be proud of what we have done in those 448 days. At the start of July 2020, we did not know what we would be doing in three months, six months or a year – look back and be very proud!