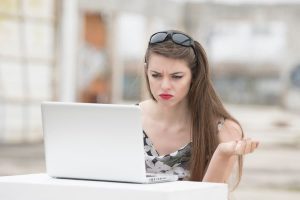 So how has everyone been in the last week? It is surprising that the market is still  very buoyant – it is busy but at least there is not a deadline and everyone pushing to complete quickly.

I am not sure if this will happen when we get into September but we would hope that those now moving would definitely have the  monies available for stamp duty as the sums are not as large as they were in June.

What I did notice this week?

It is something I have always known but never thought to articulate before… how many emails I receive on a daily basis asking for updates. I got to the end of the week and I was laughing when an agent called me for an update as I had not emailed her back. I told her that it seemed that my life seemed to consist of telling people (and by people, I principally mean estate agents!) the position on a transaction or what I was intending to do.

And it struck me – and this is the thing I knew but  had not put into words – that I am so busy updating people that I have to do the ‘proper’ legal work in the evenings when I am not interrupted. So I spend my days telling people either what I have done or what I am  about to do or intending to do, and then I spend the evenings doing those things, to be able to update people the next day on what I did the night before. Heaven help me that I want to go to the pub  – there would then be no update for the agents!

I have a difficult chain at the moment and last Friday, I had twelve emails from six different solicitors and six different agents in the chain, asking me where I was up to.  I had received the final search I needed and just needed to review it but was unable to do so as I seemed to be telling everyone in the chain that I had the search and just needed to review it. You note the irony in that!

If they had not been asking me for updates, I would have just done it , but no! I had to tell them I was doing it! And then when I had a call asking me if I had done it, I had to explain that I had not had a chance to do it, as I was too busy telling all in the chain that I was about to do it!

Are you laughing?  I hope so! As that is the only way we can really cope with such a state of affairs!

I would love to have a day when not one agent contacted me for an update but even though I copy agents into emails to the other lawyers, I am the one who gets called for the updates as they know I like to be helpful!  I don’t think that there is anything we can do about this….

Did we go to university and law school to become  typists who update during the day and work at night? Tell me what you think……..