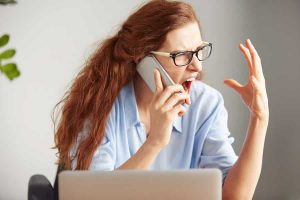 As I trudged up the stairs to my office this morning, I felt as if was the same journey I had been making forever and my brain was asking for a reprise. Because the decision was made to limit the number of new transactions taken on in the last few months so that we could be on top of those that were going to complete in June, it feels like Groundhog Day.

Whereas normally we would have clients who were at different stages of a transaction, the push to get as many as possible moved by the end of June means that everyone seems to be stuck in the same place. This means that the conversations are all the same. I do think about having one large Zoom meeting for all clients due to move house in the next week to tell them what to expect and what time to do what things! they would all have to be anonymous and have their cameras turned off but it would save a load of time!  But instead we are having the same conversations every day.

Or are we? Conversations with clients are pretty much the same  – removals, monies, handing over of keys, have we exchanged yet?

Conversations with other conveyancers are different; there are those who are friendly and happy to help. But I had a conversation – actually that is not the right word – was spoken to by another conveyancer two weeks ago who, when I called to ask (politely) why my client had not yet been able to pick up the keys, told me that they had more than my client’s house move, that they were very busy, it was not top of the list of priorities and my client would have to wait for key release.

There were various aspects of this conversation which were particularly disappointing. The time of the conversation was 12:55 – the monies had been sent at 10.30 – my client was waiting for the keys all that time, having moved out of her house to enable her buyers to move in. She told me that her sellers had handed the keys to the agents at 11.30 and had moved into their new home (using our money) but despite chasing, she still did not have her keys by 12:55.

What was particularly illuminating to the client was that when I was spoken at by the sellers’ conveyancer, I had the call on loud speaker so that my client could hear what was said and although I wanted to scream at the end of the conversation after having been told that it was not top of her list of priorities, I remained calm only to hear my client utter some rather unladylike expletives. I reassured the client that perhaps the sellers’ conveyancer was just having a bad day…… she didn’t think so, she just thought they were rude!

How many of us have been on the receiving end of such a conversation?

How many of us do not say anything because we know that the person acting for the other party is having not only a bad day but a bad month?

How many conveyancers will leave the profession as they feel the treadmill never ending and no stop button in sight?

It does not matter how much money a firm makes if there are unhappy staff who are on their knees with the pressure and stress of the volume of transactions and the demands made daily on them. We feel battered from all sides; sellers, buyers, other lawyers, estate agents, mortgage brokers, others who want the matter completed for their own reasons.

The conveyancer has to deal with all of it and the expectation to deliver has never been higher or harder. It is one thing telling a client that they cannot be in their new home for Christmas but another to tell them that the difference between completing on the 30th June or the 1st July is £15,000.00 – that is a big responsibility.