Developers criticised for “stockpiling” land to be taxed under new legislation 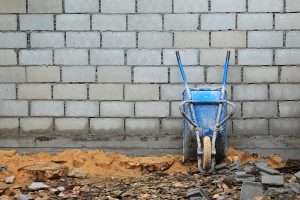 Draft legislation has been published for a new tax that will be levied on large developers’ profits from buying and selling land with planning applications, to contribute to the government’s cladding remediation costs.

Rishi Sunak is set to announce the tax on developers with profits over £25 million in his autumn budget, which should raise around £2 billion over the next decade. The proceeds are expected to contribute towards fixing the estimated £15 billion cladding scandal by paying for the removal of flammable material from high-rise buildings.

Draft legislation for the Residential Property Developer Tax shows that levies will be placed on profits made from buying and selling land that has secured planning permission, even if homes haven’t yet been built on the land.

Developers have been criticised in the past for stockpiling land and planning permissions in order to raise demand and drive up prices. According to the Local Government Association there are 1.1 million unbuilt homes with planning permission in place.

But a recent report published by Lichfields in partnership with the Land Promoters and Developers Federation (LPDF) and the Home Builders Federation (HBF), suggests that housing developers are not hoarding land after being granted planning permission to build new homes. Instead, the report says, the real problem is down to a lack of planning consents being given and states there is “a desperate need for an increase in planning consents in the short term if the Government’s target of building 300,000 new homes per year is going to be achieved”.

Paul Brocklehurst, chairman of the LPDF, commented on the findings:

“This research highlights the gross over-simplification in the analysis by the Local Government Association frequently quoted in the national press and by many politicians regarding the ‘stock’ of unimplemented consents … this latest analysis further highlights the desperate need for there to be an increase in planning consents in the short term if we are to achieve the Government’s target of building 300,000 new homes per annum.”

“Planning system issues remain the biggest barrier to the industry delivering desperately needed homes and the Government’s housing ambitions. Instead of hiding behind the misleading figures produced by the LGA every year, local planning authorities need to abide by the responsibilities placed on them by the planning system. If we are to meet housing targets, Local Authorities must ensure that they prepare up to date local plans, allocate a choice of sites in terms of size and location and grant all types of applications for development, including revisions and amendments, quickly and efficiently.”

The publication of the draft legislation comes following Michael Gove’s recent appointment to the role of housing secretary in which he has been tasked with solving the cladding crisis by Boris Johnson. Previous attempts by former housing minister, Robert Jenrick, have been unsuccessful as many complained of serious problems hindering the funding application process, and criticised allocated budgets as being insufficient.

The proposed legislation also suggests that profits on rental flats in Build to Rent developments, such as those recently announced by John Lewis, could be taxed to fix unsafe buildings, but student housing developers will not have to pay the tax if students live there for at least 165 days a year.

A Treasury spokesperson commented on the proposals:

“We want to ensure the biggest residential property developers help fund the removal of unsafe cladding, and obtaining planning permission is a key part of the development process. We are consulting extensively on this tax.”