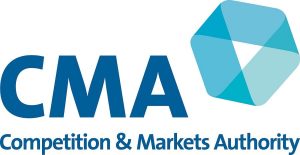 The CMA has secured formal commitments from leading companies as part of its ongoing work to tackle issues in the leasehold sector.

Aviva has committed to remove certain terms from its leasehold contracts which cause ground rents to double, and Persimmon will now offer leasehold house owners the opportunity to buy the freehold of their home at a discounted price. The move comes after the Competition and Markets Authority (CMA) launched enforcement action against 4 housing developers in September 2020. In connection with this action, the CMA has also been investigating several investment firms that bought a large number of freeholds from 2 of these developers and continued to use these same ground rent terms.

The commitments signed by Aviva and Persimmon – known formally as ‘undertakings’ – mean they have now agreed to the following:

“This is a real win for thousands of leaseholders – for too long people have found themselves trapped in homes they can struggle to sell or been faced with unexpectedly high prices to buy their freehold. Now, they can breathe a sigh of relief knowing things are set to change for the better.

“It’s good that Aviva and Persimmon have responded positively to this investigation, enabling these issues to be fixed for leaseholders. But our work isn’t done. We now expect other housing developers and investors to follow the lead of Aviva and Persimmon. If not, they can expect to face legal action.”

“The Government asked the CMA to conduct this investigation – and I welcome their efforts to bring justice to homeowners affected by unfair practices, such as doubling ground rents, which have no place in our housing market.

“This settlement with Aviva and Persimmon is a hugely important step and demonstrates our commitment to support existing leaseholders who may have been mis-sold properties.

“We have also introduced new legislation that will protect future homeowners by restricting ground rents in new leases to zero and I would strongly urge other developers to follow suit in amending their historic practices.”

The CMA has also written to the investment groups Brigante Properties, and Abacus Land and Adriatic Land, setting out its concerns and requiring them to remove doubling ground rent terms from their contracts. They now have the opportunity to respond to the CMA’s detailed concerns and avoid court action by signing undertakings to remove such terms.