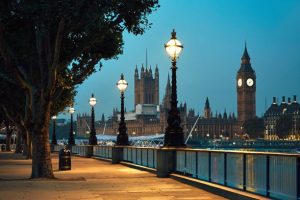 At the weekend, the Government unveiled their plans developers will now need to follow in order to protect British wildlife.

The Government have hammered home the issue of environmental net gain from new build developments with developers being told to plant more trees and green meadows within their plans or face rejection.

During the planning process, developers will need to demonstrate how they plan to cater for the natural environment; this includes planning for areas to host a hedgehog highway.

Developers have also been advised to consider the use of hollow bricks in new build housing in order to allow summer birds like swifts and swallows to nest safely whilst also protecting the home.

Developers have been asked to innovate in the way they construct drainage areas on new build developments with the hope that they can become natural wetlands for birds and amphibians to thrive.

Within the design of new build accommodation and mixed-tenure in particular, the Government are committed to ending the segregation and stigma between social housing tenants and other residents.

The updated measures will amend and tighten planning guidance by publishing a Design Manual which will promote inclusive designs.

Following reports of segregated entrances for social housing and other residents within flat developments, the government believe that ‘poor door’ entrances should be abolished.

Similarly, the new Communities Framework will aim to ensure public facilities like parks will be shared by all residents of a mixed-tenure development.

The announcement of a national conversation, after Brexit is concluded, on this issue may be fairly divisive as a recent national survey found that only 45.5% of the public would feel comfortable living alongside social housing tenants.

“Building the new homes this country needs must not come at the detriment of our natural heritage.

“It’s right that as we deliver houses for people, we must also provide homes for wildlife too – whether that’s for hedgehogs, frogs, newts or birds.

“The public have told us that protecting wildlife is important to them – so my message to house builders is to harness this support and get building in a way that protects the environment for the next generation.

“I’ve been appalled by stories of segregation and tenants being denied access to certain shared facilities such as playgrounds.

“Social housing has transformed the lives of millions of people over the past 100 years. It has the power to continually shape lives for the better, but we need to see residents being treated with the respect they deserve.

“We want to end that real sense of stigma social housing residents have experienced, and today’s new measures show our commitment to stamping it out, before it can begin.”

Will these development plans help to bring communities closer together? Are increased planning considerations placing too much pressure on developers?