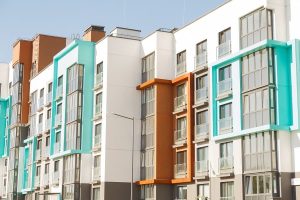 The government have released further details of the “Residential Property Developer Tax” (RPDT) which is aimed at funding the remediation costs of replacing dangerous cladding on leasehold properties.

The Tax will be levied on the profits of companies carrying out residential property development. The tax applies to profits arising in accounting periods ending on or after 1 April 2022.

Views are invited to be submitted to [email protected].

The announcement does not yet reveal what the percentage of tax on profits the RPDT will levy, with this set to be confirmed in the Autumn Budget on 27 October.

Alongside the Building Safety Bill, which is making its way through Parliament, the Tax is part of the Government’s response to the inaction of developers to make safe buildings which are considered to be at risk of the sort of disaster at Grenfell Tower.

Recent reports have suggested that Michael Gove, the Secretary of State for the newly created Department for Levelling Up, Housing and Communities, has been tasked with solving the cladding scandal. Estimates around the cost of cladding remediation vary with figures from £5bn to £15bn cited; the purpose of the Tax would be to “ensure that the largest developers make a fair contribution to help fund the government’s cladding remediation costs.”

Housing was a key tenet of Boris Johnson’s recent Conservative Party Conference speech, in which he reaffirmed the Government’s commitment to “Build Back Better” with a £640bn programme of investment which would put “beautiful homes on brownfield sites in places where homes make sense” and make home ownership more accessible.