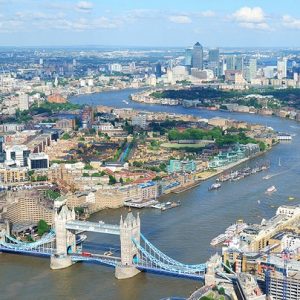 In comparison to UK growth of 2.5%, recent research has shown that only four locations along three main Southern Rail routes saw prices increase by over 1.3% over the past three months.

The report from online estate agent Housesimple.com indicated that since October 2016, house price growth along the main Southern Rail routes has been under half that of the remainder of the UK. This may have been largely influenced by the RMT and ASLEF strikes which took place during December 2016.

Over the past three months, average house prices grew by 2.5% across the UK. However, average price growth along the Brighton Mainline, Mainline West and East routes was below 1% according to the Halifax House Price Index.

Since October, only four locations along the three main Southern Rail routes have seen growth over 1.3%; Hove, Shoreham-by-Sea, Bishopstone and Seaford. Pulborough and Lewes property prices have barely grown over this period, at 0.5% and 0.43% respectively.

Commenting on the report was Alex Gosling. The CEO of Housesimple.com highlighted the impact of the Southern Rail dispute on property prices as well as the possibility of determined buyers using it to their advantage.

“House price growth along Southern Rail routes has crawled along over the past three months as many areas of the country have seen strong growth.

Although December is traditional a quieter month for property sales, it’s likely that the ongoing Southern Rail dispute is playing a major role in this slowdown in house prices in local markets, as prospective buyers will have understandable concerns over the reliability of the service. Until the dispute is resolved, buyers may not want to commit to a purchase.

However, there will be some determined buyers who may see this situation as an opportunity to negotiate a good price if there are sellers who need to move and are willing to consider lower offers in order to sell quickly.”