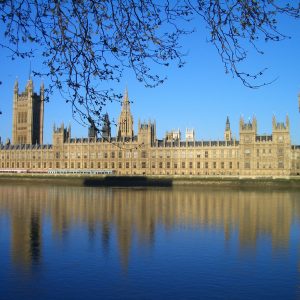 MP for Tottenham David Lammy has called on the government to halt the privatisation of Land Registry, saying it will have “serious consequences for transparency” with the government “itching” to sell it off.

Several MPs also expressed concerns, fearing the effects of potentially swapping a public monopoly for a private one.

Lammy also cited figures which said “91% of respondents did not agree that creating a more delivery-focused organisation at arm’s length from Government would enable Land Registry to carry out its operations more efficiently and effectively”.

The MP for Tottenham said: “We are aware that there is a general sense that the Government are itching to privatise the Land Registry. Unlike with the 2014 consultation, this time around the status quo is not even being offered as an option. The wording of the consultation document is focused on how, not if, the Land Registry operation should be moved to the private sector. We know that the Government have commissioned bankers at Rothschild to size it up. We also know that potential buyers are linked to offshore tax havens. I am here today, alongside colleagues across the House, to make our opposition known and to call on the Government to think again.”

He continued: “We therefore reach the crux of the issue: the Government are looking to sell off the family silver to turn a short-term profit to try to make their sums add up. As the most recent Budget showed, the Government’s plan to close the deficit is dead in the water, so now they are looking around for assets to cash in. This privatisation is purely political, with absolutely no regard for what is right for the Land Registry or indeed the people of this country. The short-term profit derived from any sale will be dwarfed by the increased costs that are ultimately paid by all of us in the form of increased fees, and it will be dwarfed by the lost revenue to the public purse in the medium to long term.

“There is no economic rationale for this privatisation. If the Land Registry were making a loss and being subsidised by the taxpayer, I could understand the Government’s enthusiasm for privatisation, but it has made a surplus in 19 of the last 20 years, and it returned over £100 million to the Treasury last year alone. The Land Registry pays rich dividends to the public purse, and there is absolutely no reason why it should pay dividends only to wealthy investors and shareholders in the future.

“Satisfaction with the Land Registry is currently running at 96%. Far from being a basket case of public sector inefficiency, it is a shining example of a successful public service being run efficiently and effectively. I must state in the clearest possible terms that privatising it would be daylight robbery and a national scandal. Sadly, we know that this Government have previous: just look at what they did to Royal Mail.”

One member who did speak up in favour of privatisation was Conservative MP for Carlisle and practising Solicitor, John Stevenson.

Mr Stevenson said: “There are plenty of arguments for retaining the Land Registry in state hands, and we have already heard a number of them. Some of those arguments may be valid and some undoubtedly have merit, but quite a few are, to be honest, bordering on irrelevant. Similarly, there are very sound arguments to suggest it would be far more beneficial for the Land Registry to move out of state ownership into more commercially minded ownership.”

He continued: “However, we have to accept that the Land Registry is not in any way perfect. Most practitioners would confirm this and I suspect the Land Registry itself would also acknowledge it. The Land Registry does make mistakes, it has backlogs, it needs investment, and it needs to modernise—it is in many respects just like many other organisations that have similar issues.”

Labour MP for Stoke Robert Flello challenged Mr Stevenson over why the profits the Land Registry delivers ween’t being reinvested.

Mr Stevenson responded: “The Land Registry does make a profit, and it is quite rightly trying to modernise. It also continuously develops its programmes, and all conveyancers are aware of that.

“Like many other practitioners, I acknowledge that the Land Registry plays a vital and central role in the property market. Practitioners greatly value and respect the services that it provides. As a legal practitioner, I see the worth of the Land Registry and its services. We should also not forget the many skilled people who work for the Land Registry, all of whom ensure that the legal profession, the owners of land and the financial institutions are well served.

“As a Conservative politician, not unsurprisingly I believe in a market economy, in competition and in competitive markets. I have absolutely no issue with the privatisation of businesses or industries, as I firmly believe that, more often than not, private sector ownership leads to greater efficiency and innovation and better value for money for the taxpayer and the consumer. I do, however, believe in a strong liberal democracy, in the importance of the rule of law and in the significance of property rights in a market economy—in this case, the rights relating to the ownership of land. We must therefore tread very carefully when considering the future ownership of the Land Registry, given its central role in the property market.” 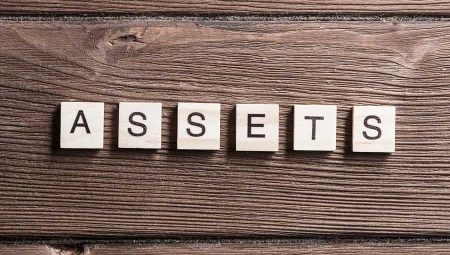