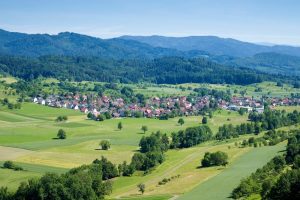 Flintshire in Wales is set to undergo a review of current council tax premiums for second home owners that have been in place since 2017, reports suggest.

The news comes following mounting concerns across staycation hotspots and other local councils in Wales that have imposed similar measures in a bid to resolve housing shortages for local residents.

The scheme, under which Flintshire Council currently charges a levy of 50 per cent on second homes and long term empty properties, has earned the local authority almost £650,000 a year in additional income since it started in 2017. It was introduced in order to help resolve housing shortages in the area and encourage owners to bring empty properties back into use.

According to latest figures a total of 772 properties in Flintshire are liable for the charge, including  605 empty properties and 167 second homes.

Council tax premiums across Wales currently range from 25 to 100 per cent. Senior councillors are now set to review the levy in which the council’s chief governance officer, Gareth Owens, said it could see the amount increased, kept the same, or even reduced.

“The power that we have is principally intended to help address the problem of long-term empty properties. We’ve got relatively large numbers of smaller properties that are empty that could usefully be brought back into occupation.”

“Changing the premium might be a way to help achieve that or it might be one tool to help encourage the owners of those properties to bring them back into occupation.”

“However, changing that premium is complex and it can have unintended consequences as well. That’s why the recommendations within the report are that we should consult widely on the potential impact of changing the premium before coming back to cabinet,” he added.

“As a local authority, we are well aware of the numbers on our housing waiting list. Some of them stand very little hope of being housed in the near future or even the medium term.”

A review has been unanimously approved by councillors and a public consultation will be held prior to making final recommendations.