Council Retaliated After Being Branded UK’s Slowest For Conveyancing Searches 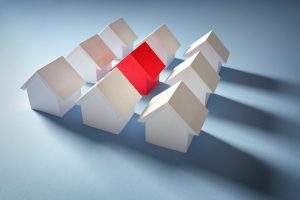 After using Freedom of Information requests, the data company, MoveIQ, found that Stratford District Council can take 95 days to carry out searches and that 15% of councils are failing to meet a Government target to complete searches within 10 days.

Stratford District Council retaliated after hearing the revelation that they were the slowest in the country at conveyancing searches. A council spokesman released a statement to say that concerns had been brought up about the performance of their service but he said 95 days was the “oldest outstanding search” at that time.

“This has given the erroneous impression that Stratford District Council is unaware of or does not care about providing a good service,” says Councillor Daren Pemberton.

“Nothing could be further from the truth and this is not where we want to be as an authority. Earlier this year I announced an investment of £315,000 in a new IT system for the service, which has also had an additional staff member recruited.

“The current antiquated paper-based system is unable to meet the demands now placed upon it. That project has been under way for some months and the new system goes live later this year.”

MoveIQ also identified other councils which were not meeting the 10-day standard requirement for conveyancing searches. Those councils include Wyre Forest, Rochford, Herefordshire and Epping Forest.

Phil Spencer commented. He said: “The Prime Minister has pledged to fix what she herself describes as Britain’s ‘broken’ housing market, yet our research reveals that councils across the country are adding needless delays and expense to the home buying process.”

As a Conveyancer, is the Council in your area meeting Government’s guidelines? How does it impact transactions?