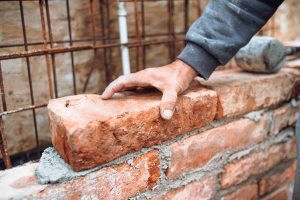 The property industry has responded to Rishi Sunak’s Budget, applauding the level of intended investment while maintain some cautious optimism around efforts to support those affected by the cladding scandal.

Housing is a central tenet of the government’s “levelling up” agenda, with £millions pledged in an effort to increase home ownership amongst many who simply cannot afford rising house prices.

Discussing the absence of any major overhaul in the budget following 18 months of conveyancing mayhem, Adam Forshaw at O’Neill Patient said,

“It was a welcome relief that there was nothing in today’s budget which will fundamentally affect the housing market. It will give us a chance to re-group as an industry and clear through our unprecedented pipelines and gain stability back in the market. The £11.5bn for 180,000 more affordable homes is very welcome and will help to add fresh life to the property industry by creating new, affordable stock. Ambitious targets have been set and we look forward to the government delivering on them.”

The pledge to build 160,000 new homes on brownfield land won favour with Alex Rose, Director of New Homes at Zoopla who, while optimistic, suggested caution on the actual practicalities of delivering on such volumes:

“With the scarcity of homes and the imbalance of supply and demand set to continue well into 2022, the government’s pledge of £1.8 billion in funding to help deliver 160,000 new homes on brownfield land can certainly be viewed as a positive.

However, with £300 million of this funding designated to metro mayors and councils to unlock smaller brownfield sites for housing, it is unclear how the balance of the funding will be allocated. With housebuilders often viewing brownfield sites as a less attractive option due to risks like contamination, it remains to be seen how far this investment will stretch in practice.”

“Competition among buyers for homes available for sale is at the highest level ever recorded over the past twenty years, so building enough new homes to satisfy demand is critical to prevent further heady price rises. We’re still waiting to hear about more areas that will benefit from the First Homes Scheme, which launched with a couple of properties back in June, so we hope to hear more detail, and soon, on the areas that will benefit from the 180,000 affordable homes pledged today.”

Nicola Gooch, Planning Partner at Irwin Mitchell, commented that investment in councils would help as planners who will inevitably come under pressure to deliver on the number of new builds targeted:

“Rishi Sunak has tried to present a budget focussed on investment and optimism. Many of the problems in the planning system at present are a direct result of under-resourced local authorities struggling to cope with the volume of applications they face. As such, this additional funding is likely to be extremely welcome. That said, planning is not the only local authority department struggling for cash. Councils are also responsible for funding social care, education and a wide range of other local services. As such, whether any of this money makes its way to local authority planning departments will have to be seen.

Like Alex Rose, Nicola also warns of the high cost of brownfield redevelopment which can be “notoriously expensive”:

“The additional funds to support Councils’ remediation efforts is to be welcomed. This latest tranche of funding for brownfield land, in addition to the £400 million Brownfield Housing Fund and the £75 million Brownfield Land Release Fund, indicates that the Government may be serious about the ‘brownfield first’ pledges that Johnson made in his conference speech earlier this month.”

Elsewhere, Charlotte Sallabank, partner at Katten Muchin Rosenman LLP welcomed further details on the Residential Property Developer’s Tax, first mooted earlier this year. Mr Sunak confirmed that the tax would be levied on on property developers with profits over £35m at a rate of 4%.

The government announced in February 2021 that it would introduce a new tax, residential property developer tax (RPDT), to help bring an end to unsafe cladding, provide reassurance to homeowners and support confidence in the housing market.

The draft legislation was published in September 2021 but the rate was not announced. The Chancellor announced today that the rate of RPDT will be 4%. There will be an annual allowance of £25 million and RPDT will be included in a company’s usual corporation tax returns.

Action on cladding will be welcome news for many. Earlier this month, board member and former Chairman of The Society of Licensed Conveyancers John Clay wrote an open letter to the Secretary of State Michael Gove urging immediate action to support all those affected.