Coronavirus And The UK Property Sector 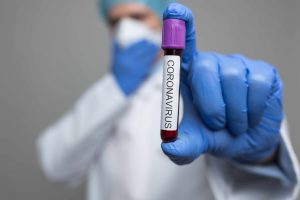 Reports suggest that the epicentre of the coronavirus in China has now passed and the worst of the outbreak is behind them. In the month between January 22nd and February 22nd, the number of total coronavirus cases increased from 571 to 76,936.

That being said, the impact it has had on the economy in the first few months of the year has been significant, and the housing sector has been amongst those negatively impacted.

It has been announced today, Wednesday 11th March, that the Bank of England has cut the UK base rate from 0.75% to 0.25%, as part of an “emergency package of measures” to protect the economy amid the crisis.

At the end of January, 16 Chinese cities, housing more than 46 million people had been placed in total lockdown, the largest in human history.

Lockdowns have had a noticeable impact on the Chinese property market. In January, China’s National Bureau of Statistics suggested that new home prices rose by 0.27 per cent, the slowest rate of growth in over two years.

Whilst these survey figures may not reflect the picture throughout the entire country, they highlight the blackhole in activity created through lockdowns, quarantines and reduced consumer confidence.

In a bid to encourage property sales in the country, China’s leading property developer, Evergrande Group, have been offering their houses at 25 per cent below market value in February with a similar 22 per cent reduction in March.

Other property developers are drumming up new business by offering risk-free home purchases through a 30-day cancellation period on all new property sales.

As the virus has spread outside of China, Italy has been the country most affected by the outbreak with confirmed cases rising from 79 on February 22 to 9,172 on March 9. Because of the rapid spread of the virus, Prime Minister Guiseppe Conte has made the bold decision of placing the entire country in lockdown.

This means that 60 million people will now self-isolate for the next fourteen days, straining the economy and stifling business nationwide. A huge raft of international flights into the country, including British Airways have also cancelled flights in and out of the country on March 10th.

The UK Foreign Office and Commonwealth Office has also changed travel advice by advising against all but essential travel to Italy and asking all people returning from the country to self-isolate for fourteen days.

Meanwhile, active cases of the coronavirus in major European countries and tourist hotspots such as Spain, France and Germany have increased by over a thousand in each respective country in the past week.

If Foreign Office advice changes for these countries, we could have huge swathes of the UK self-isolating as they return from their trips abroad which will put a strain on the wider UK economy.

This activity will also create additional fear in the housing sector. Anecdotally, agents are already reporting sellers to be reluctant to host home viewings for fears of infected buyers entering their homes.

A recent survey of over 1,000 UK home buyers and sellers, by estate agents Benham and Reeves found that confidence in the market during the outbreak is falling. A third will delay their pursuit of a home sale whilst the virus is still spreading, and a tenth had already put their home buying and selling plans on hold until after the virus subsides.

“The potential impact of coronavirus will continue to exert pressure on the economy, and we wait to see how these will affect housing market sentiment later in the year.”

In the short-term, the threat of the coronavirus spreading at European mainland rates could result in school shutdowns and even lockdowns which will damage the UK economy, weaken confidence and stall recent property market growth.

The wider economy is also suffering at the hands of COVID-19 with the FTSE 100 down 14.6 per cent in the past month and the Organisation for Economic Cooperation and Development (OECD) downgrading global GDP predictions for 2020 from 2.9 per cent to 2.4 percent.

The UK’s forecast has also slipped from 1.5 per cent to 0.75 per cent growth this year.

Despite the impact in China, expert analysts believe the housing sector will experience a quick and near-full bounce back to pre-virus levels in the second half of the year once the virus is contained.

Similarly, unlike recent economic downturns, experts feel that the decline in confirmed cases will lead to an immediate upturn in market activity as the property sector is unblocked and home buying and selling postponements are reactivated.