No signs of ‘cooling off’ for conveyancing transactions 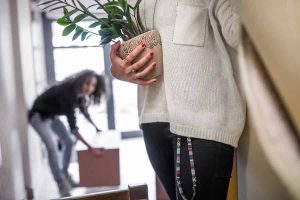 Recent activity and data show no let-up for the conveyancing sector as the stamp duty holiday and broader market conditions continue to put pressure on the industry.

The residential property market has experienced unprecedented changes over the past 14 months due to the impact of the pandemic. But with the stamp duty deadline looming fast, the conveyancing sector are experiencing soaring transactions.

New data from Search Acumen, the property data insight and technology provider, shows that the number of property transactions registered in England and Wales increased 26% in the first three months of the year, rising to 241,916 in Q1 2021, up 2% from 192,063 in Q4 2020.

Residential property prices look set to continue rising beyond the stamp duty holiday which cuts off at the end of this month, for those seeking a better work/life balance continue to feed market demand.

The latest House Price Index Figures from Nationwide reveal the average price of a UK home rose to £242,832 in May, up from £238,831 the previous month. In a bid to make lifestyle changes Brit’s have shown their love for the seaside as the average price of a property in a British seaside town is now £265,978, a leap of 10 per cent – or over £24,000 – in just 12 months, according to the Halifax. St Mawes in Cornwall has seen the biggest increase in average prices of any seaside town over the last year, jumping by a remarkable 48 per cent from £339,912 to £501,638.

Consequently, according to the latest figures from the Bank of England (BoE) the introduction of six month stamp duty holiday extension by the Chancellor has fuelled significant growth in demand for home loans.

A month after Chancellor Sunak’s Budget in April, official figures show the number of mortgage approvals rose from 83,400 to 86,900 – the first monthly increase since November 2020. In the rush to complete property purchases before the original deadline for ending the stamp duty holiday meant the sums advanced by lenders fell sharply from a record high of £11.8bn in March to £3.3bn in April. Generally, it takes two months for a mortgage approval to be turned into an advance.

“While net mortgage borrowing fell dramatically in April, the number of mortgage approvals has remained impressively high. We are not at the same record-breaking levels as the height of the housing rush, but lending remains remarkably strong and this looks set to continue…..”

“The ‘Sold’ signs across the country are striking evidence of what can only be described as a booming housing market. House prices are at their highest in seven years, but as demand increases supply is, as always, the problem. Housebuilders are desperately trying to play catch-up, following the lockdown restrictions, to meet the government’s targets for new home development. However, they now face supply issues of their own with a serious materials shortage caused by the pandemic and, of course, the Suez Canal incident. This is having a serious knock-on effect with developments stalling as a consequence.

“As ever the fluctuations in the housing market make it difficult to predict what will happen next, but it’s reasonable to expect things to continue in their current vein at least until the end of June. Then we will see how much the stamp duty holiday has driven current activity.”

Meanwhile, the Government closed the door firmly shut on any changes to stamp duty as they rejected calls to introduce a permanent stamp duty holiday for property purchasers.

In official papers published recently, it confirmed that the tax, which raised £8.4bn for the public purse in 2019-20, was an important source of revenue at a time when it needed to replace funds spent during Covid.

The Organisation for Economic Co-operation and Development (OECD) argues that stamp duty should be cut permanently as part of a radical post-Covid overhaul to boost investment.

MPs on the Treasury Committee had recommended that stamp duty be reformed after witnesses to its inquiry into tax after coronavirus described it as not being fit for purpose.

The government’s response to its inquiry said:

“It is simple to collect and administer, and helps pay for the essential services the government provides.”

“At a time when the government needs to consider long-term fiscal sustainability, any permanent cut or removal of SDLT would be likely to have a significant cost to the Exchequer.”

Furthermore, the BoE are keeping a close eye on the housing market as they have warned they will step in if it believes soaring house prices will affect the inflation rate says Sir Dave Ramsden, a deputy governor of the Bank.

In a recent interview with the Guardian newspaper, Ramsden said the BoE’s monetary policy committee was acquainted with the risks caused by rocketing house prices  – which were now running at over 10 per cent according to data.

“There is a risk that demand gets ahead of supply and that will lead to a more generalised pick-up in inflationary pressure. That’s something we are absolutely going to guard against. We are looking carefully at the housing market and a raft of real-term indicators.”

However, there continues to be differing opinions when it comes to stamp duty with one senior MP urging for an increase in stamp duty immediately.

The MP, who chairs one of the most important committees in the House of Commons, has called for an increase in stamp duty immediately to stop runaway house prices and investors treating properties as assets, not homes.

Meg Hillier is the chair of the Public Accounts Committee, who oversees government spending, told other MPs that:

“We need to increase stamp duty immediately, while monitoring its effect, and we should increase it further for overseas purchasers.

“We should not have a housing market that has led to homes being owned by finance vehicles or absentee landlords who have no interest in it being a home but simply see it as an investment. Homes should be homes.

“Investment is all very well, but this is really damaging the future prospects of children in my constituency, some of whom will never have not only their own bedroom but maybe even their own bed between now and when they hopefully earn enough money to leave home, although frankly we are a long way off their earning enough money to buy a £750,000 flat.

“The government really need to step up. They talk about levelling up, but that is certainly not happening for many people in my constituency.”