Conveyancing Services Increase By 5% As Cost Of Moving Skyrockets 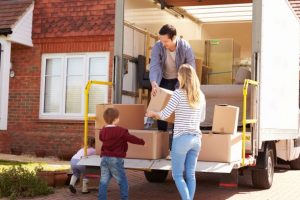 The cost of moving house has reached record levels with increases in Stamp Duty Land Tax and the average spend on conveyancing services rising considerably in the past year.

According to the research, compiled by Reallymoving.com, the average cost of moving home in the UK now exceeds £10,414.

This figure rises to£24,585 for movers in the areas around London.

Overall, the cost of moving has increased 2% annually and marks the fourth consecutive year of increases.

In the main part, the increases have been attributed to rising stamp duty rates and the cost of conveyancing which have increased by 4% and 5% respectively.

Whilst rising costs are obviously difficult for home movers to budget for, the increases may suggest changing trends to the conveyancing sector.

Following price transparency changes in December last year, many firms were anxious that standards would be compromised and many firms would race to the bottom.

However, increases in the average conveyancing spend could suggest that more buyers and sellers are searching for a slightly more expensive conveyancer who is able to offer a better service.

“Homeowners are having to dig deeper than ever before to fund a home move, with upfront costs reaching another record high in 2019. A marginal annual increase in house prices has led to higher stamp duty and conveyancing bills, meaning movers now have to find almost £10,500 which is a significant chunk of cash to raise from property equity or personal savings, on top of their deposit.

“While first time buyers across most of the UK are benefiting from the stamp duty exemption, as a result of higher prices those in London are still having to find over £5,500 to fund a move, which is a daunting figure for anyone starting out on the path to home ownership.

“Stamp duty charges may be fixed, but it is possible to make savings on other costs such as conveyancing, surveys and removals by shopping around online for the best deals and comparing ratings and reviews, as well as price.”