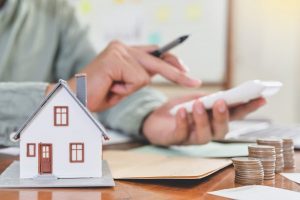 August saw an anticipated fall in the number of properties sold per estate agency branch as the SDLT holiday comes to a close at the end of August. But buyer demand and conveyancing pipelines remain strong into the Autumn as the property market hurdles the final SDLT cliff edge on 30th September.

Figures from NAEA Propertymark’s August Housing Report show the average number of sales agreed per estate agent branch fell slightly to 9 in August, from July’s figure of 10, a figure which sees a return to a more normalised volume of transaction activity.

The widespread availability of higher loan to value mortgages and record low interest rates continue to drive the First Time buyer market, where 28% of sales agreed in August were to first-time buyers, a high for 2021 and the highest since June 2020 when the figure stood at 29%.

On the supply side Propertymark’s August figures show the number of properties available per branch stood at 23 in August, a drop from July’s figure of 28 per branch. However, looking at the first 2 weeks of August, Rightmove’s latest House Price Index suggests more homes are coming up for sale with the number of new listings 14% higher than the last two weeks of August.

“This 14% increase in the number of new sellers coming to market in the first half of September is only an early snapshot, but autumn is traditionally a busy period, as those owners who have hesitated thus far during the year see the few months before Christmas as an opportunity to belatedly get their moving plans underway.

The frenetic pace of this year’s market may also have put some potential movers off, but there are signs of a return of some normality. It’s still a strong sellers’ market in most of the country.”

Buyer demand remains strong at more than double that of pre-pandemic levels; with a marginal increase of 435 buyers per property in August, up from 428 in July.

“This month’s report shows an enduring appetite amongst buyers, including the ongoing wave of new buyers securing their first homes. Lifestyle changes are still prevalent, and buyers are now looking to a future which is very different from the one they envisioned 2 years ago. The search for green space, home offices and more flexible living is a trend that is unlikely to see demand diminish before the new year.”