Conveyancing Association hopes for stability for in next week’s Budget. 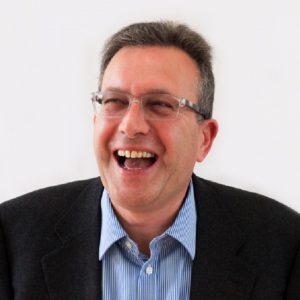 The Conveyancing Association has called for the Chancellor George Osborne to seek stability when it comes to the housing and mortgage markets in next week’s budget.

The CA have also said they don’t want to see the Chancellor add to the uncertainty caused by the upcoming referendum on Britain’s membership of the EU with other measures.

The upcoming budget will also see the final rules published on stamp duty land tax on additional properties. The CA had previously called for many of what it sees as “arbitrary” rules on when it applies to be scrapped.

In its Budget wish list, the CA has urged Osborne to pull back from any further major interventions in the housing and mortgage space, which could have potentially negative circumstances. It believes the Chancellor should focus on the major problem facing the UK housing market – a continued lack of supply – and further support for first-time buyers, rather than seeking to hit the buy-to-let sector further and deliver further bad news for the landlord community.

Eddie Goldsmith, Chairman of the Conveyancing Association said: “Unsurprisingly, the conveyancing market is looking for a period of stability but I suspect we won’t be getting that post-next week’s Budget. The publication of the final rules for extra stamp duty charges on additional properties will be made available and one can’t help think there is likely to be some considerable confusion around them, not forgetting the fact of course that the conveyancing industry will have to cope with these changes from the start of April. The small amount of time this provides firms to ready themselves and to ensure all stakeholders in the market are clear on these new rules is, quite frankly, ludicrous.

“Not only would we like to see these additional stamp duty charges dropped, or at the very least, watered down but we feel any further change in the UK housing market, unless positively focused on areas like helping to increase property supply or supporting first-time buyers, will only add to the instability we (and many others) will have to cope with. We believe the Chancellor should allow the market time to breathe – in the CA’s view it is much better served by supporting steady transaction numbers, rather than the artificially-created spikes that have been far too prevalent.

“The last three months of increased buy-to-let transactions being a case in point. Instead, we would like to see the status quo – post-April – maintained and allow us to plan and prepare our resources adequately based on the market itself rather than deal with further uncertainty generated by ongoing intervention.”

Paul Saunders, Head of Residential Conveyancing at CA member Shakespeare Martineau said: “The conveyancing industry and indeed buy-to-let landlords need some clarity from the Government on the stamp duty changes for buy-to-let properties.

“There remain many unanswered questions and the benefits/burden is difficult to interpret for all parties. On a similar vein I hope that the Government will not continue its trend to disincentivise buy-to-let landlords as we do not know until after the 1st April what damage this could cause to the housing market.

“One key subject I would like to see addressed is the huge shortage of housing. The National Housing Federation estimated 974,000 homes were needed between 2011 and 2014 with figures from councils showing only 457,000 actually built. With over 11 million people over the age of 55 new housing needs to reflect the changing demographic and I look forward to hearing concrete plans from the Government regarding housing development.”