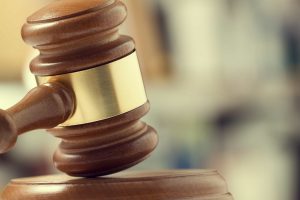 A sole practitioner from Preston has agreed to be stripped of his profession regarding a conveyancing transaction which took place 11 years ago.

The long-serving solicitor, Clive Leslie Billington of Dowson Billington firm agreed with the Solicitors Regulation Authority (SRA) and approved by the Solicitors Disciplinary Tribunal (SDT) in April 2019, to be struck off.

In a leasehold sale back in 2008, Billington confirmed he had recently acted for both parties in a sub-sale transaction of the property but did not divulge the information to his lender client Barclays Bank. He also failed to advise Barclays of the correct details of the previous transactions, and all the essential information – and was more favourable to one client than the Barclays’ client.

In 2016 another law firm reported the matter to the SRA after their insurer client had declined to cover a claim by Barclays for losses arising out of conveyancing transactions in which Billington had acted. This complaint stated that Barclays was not told of the sub-sale of the property, nor of the prior transaction at all.

In Billington’s defence, but not sanctioned by the SRA, the long-standing solicitor sincerely believed the bank knew about the structure of the transaction, however, he acknowledged he should have reported the sub-sale. He accepted he was preoccupied in the process and felt pressure on himself to progress the matter as fast as possible.

The SDT heard that Billington was personally liable to the bank on any claim for professional negligence and breach of trust, and he had subsequently settled one claim with Barclays for £195,000 – which his own property was used to pay the debt. He has also paid another £30,000 to settle the claim with Barclays.

Billington agreed the outcome of the SRA because he recognised it would cost him £25,000 to challenge the accusations made against him, and he felt he lacked the ‘financial, emotional, personal means or mental strength’ to endure a full SDT hearing.

Billington’s career before this matter had previously been unblemished, he apologised for his behaviour and deeply regrets his actions.

Billington was struck off and agreed to pay £2,500 costs.