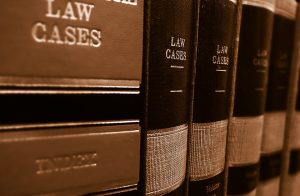 Have you ever started talking through the conveyancing process with a client, only to see their faces glaze over in panicked confusion? Well, all of this could be set to change with the imminent release of a new TV chat show discussing the legal sector.

The programme, LawCatz, aims to make legal matters easier to understand. It is hoped that the industry leading advice and guidance will encourage legal ‘Muggles’ or non-professionals to watch, demystifying an often-confusing profession.

Michael Kain, the show’s creator, has hinted that the pilot episode of LegalKatz, set to air on Sky channel 455 in October, will contain issues around Wills and Probate, differences between barristers and lawyers and the implications for consumers following the ‘snail in a bottle case’ – Donoghue v Stevenson.

The show will have two primary experts: Hardwicke barrister PJ Kirby QC and family law expert Katie Smith. Additionally, show presenter, Rachel Hatton, will represent the masses lacking legal knowledge and will ensure that the legal experts present their ideas using accessible language. If the show is a hit, you can expect to see a full series on our screens in the new year.

Following the barrage of legal TV that has hit the airwaves in recent years, the show will be hoping to move from strength to strength. From the queen of Court, Judge Judy to the new and popular Judge Rinder, people have a curiosity with the law and the human cases embroiled within the legal system.

Despite the popularity with legal television, the success of a show geared towards enlightening and helping the general public understanding difficult legal issues remains to be seen.

With the inclusion of issues such as Brexit, divorce, home buying and Wills and probate, it will offer relevant advice on a myriad of interesting and confusing issues that people will want to understand in greater detail.

As a conveyancer, can you see a market for this type of television?