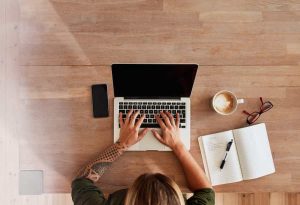 According to data released by reallymoving, the volume of conveyancing quotes was 101% higher than usual at the end of March 2021, compared to the same data over the last four years.

Insight from the organisation revealed that following the Chancellor’s announcement on Budget Day, that the stamp duty land tax (SDLT) holiday was to be extended and then subsequently tapered, conveyancing quotes began to accelerate. By mid-March (19th), quote volumes had reached 51% higher than the average and continued to accelerate to reach 101% higher by the end of the month.

“It’s a strong seller’s market and demand is continuing to grow as we head further into spring, encouraged by the launch of government-backed 95% loans and the stamp duty holiday extension. Many homebuyers have cash in the bank, money is cheap to borrow and, with the end of lockdown in sight, people are feeling optimistic about a future where they may be less tied to an office-based 9 to 5, giving them greater freedom to live where they choose.

“The housing market is usually a reliable indicator of consumer confidence and if this level of demand is anything to go by, the Chancellor may get the summer consumer spending spree he’s hoping for.”

Whilst conveyancing quotes were increasing, conveyancers were taking to LinkedIn to share their record breaking number of completions they’d managed to secure during March, as many home buyers and sellers were already geared towards the original SDLT holiday deadline of March 31st.

“Another record number of completions this month for Team JWD.”

Danielle Smith, revealed that she had completed a personal best for herself and achieved 48 completions in March. Although she did wonder if this personal best would be eclipsed when the SDLT tapering hits in June and September.

All of these numbers demonstrate the hard work and commitment that the conveyancing sector has undertaken over recent months. With the light at the end of the tunnel seeming just like a small dot at the moment, taking the time to be kind and courteous to one another is key. Here at Today’s Conveyancer we launched our Call for Kindness campaign which saw the sector come together and support each other. We’ve now created our Kindness Pledge which we’re asking the sector to sign up to.

There is no doubt that the last 12 months have been challenging, and we would just like to know how you feel. Our sentiment survey this month focuses on wellbeing and mental health, it only takes a few minutes to complete, and we’d really like to hear how you’re doing.

Was March a record breaking completion month for you? Do you think that there is a risk there won’t be enough housing stock out there?