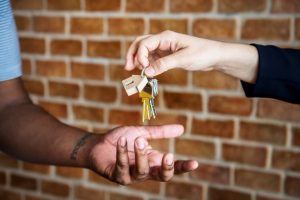 Leading mortgage lender Halifax is predicting house price growth for the coming year of between 2% and 4%. This time last year their estimate was growth of between 0% and 3%, with the actual figure coming in at 0.3%.

“This was driven by a combination of continued uncertainty regarding the future growth prospects of the UK economy, and the ongoing challenge faced by prospective buyers in building up the necessary deposits.

“Looking ahead, aside from the obvious political and economic uncertainty, the biggest issue for the housing market in 2019 will be the degree to which mortgage payment affordability changes. Average pay growth is likely to gather pace but, with a further interest rate increase also predicted, house prices are unlikely to be pushed significantly in either direction.

“Despite current political upheaval, and on the basis that it is still most likely that the UK exits the EU with a form of withdrawal agreement and transition period, we expect annual house price growth nationally to be in the range of 2% to 4% by the end of 2019.

“This is slightly stronger than 2018, but still fairly subdued by modern comparison. However, the uncertainty around how Brexit plays out means there are risks to both sides of our forecast.

“Longer term, the most important issue for the housing market remains addressing the affordability challenge for younger generations through more dynamic house building.”

The current shortage of homes for sale and continuing low build levels are likely to keep prices high enough to squeeze out many first-time buyers as vendors make the most of their stronger bargaining position.

Regional variations will continue as prices in London and the south are expected to drop further in 2019.

Overall experts expect the first quarter of the year to be quiet as the outcome of Brexit is awaited. Once there is some political certainty, increased confidence is likely to return.

Guy Bradshaw, head of residential at Sotheby’s International Realty, said: “This was never going to be an easy year for the housing market. London in particular has faced much adversity this year, with foreign buyer tax announcements and Stamp Duty surcharges still weighing heavy on the top end.

“Residential property transactions are incredibly susceptible to changes in Stamp Duty with huge peaks and troughs closely linked to the end of tax breaks and the introduction of punitive high rates seen over the last decade.

“It is looking likely that parliament will vote on Theresa May’s deal in mid-January.

“We anticipate domestic buyers sitting on their hands in early 2019 as the Government seeks to broker a deal between themselves and with the European Parliament.

“The recent political infighting and continued uncertainty is dampening confidence, so it is essential that clear direction is provided on the UK’s future relationship with Europe and the rest of the world as this will stimulate the market and instil confidence in British buyers.”

Are these predictions in line with the market evidence you’ve seen in your region? Do you think the market will see an upswing in the event of an orderly Brexit? Or are you predicting a slow 2019?