Consumers Divided By Re-Opening Of The Property Market 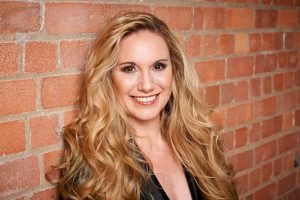 A short survey conducted last week indicates that consumers are divided by the announcement to re-open the property market.

The poll, conducted via Twitter by property journalist Louisa Fletcher, shows a 57%/43% split in favour of allowing estate agents into the home to conduct property viewings, suggesting that sentiment remains split.

A third of overall respondents indicated that they would only allow it if all parties adhered to government guidance to ensure that appropriate PPE was worn.

43% of respondents would not allow estate agents into their home to show people round.

Commenting on the poll, Louisa Fletcher shares her thoughts on market sentiment:

“This snap poll appears to indicate that sellers are currently falling into two distinct camps; those who are frustrated that their moving plans were put on hold and who want to get the process back on track, and those whose concerns around any possible transmission of Covid-19 mean that they are, understandably, holding back for the moment. There are no right or wrong answers here, everyone’s individual circumstances and drivers for moving are different, so ultimately it’s down to buyers and sellers to decide what’s right for them.”

Following the announcement last week that the property market can re-open subject to strict social distancing, estate agents have been reopening their doors to the 450,000 home movers whose plans have been on hold as a result of lockdown.
Membership bodies, including Propertymark, RICs and the Conveyancing Association have all released their own guidance to their members around how to conduct their respective businesses.

Estate agents have been encouraged to conduct virtual viewings in the first instance before moving on to physical viewings, while surveyors have started to do site inspections again in the wake of the relaxation of restrictions.
And mortgage data released yesterday has provided further positivity with search volumes up 109% over the last 4 weeks according to Twenty7Tec.

“I’ve spoken to a lot of estate agents and mortgage brokers since last Wednesday’s announcement, and it’s really heartening to hear first-hand that deals which were on hold are now able to continue, and that sales which were agreed during lockdown as a result of virtual tours are proceeding. The vast majority of anecdotal feedback I’m receiving is that, whilst we’d all agree it’s not ‘business as usual’, a rhythm is returning to the market in many areas. Ultimately, if buyers have stability of income, borrowing is accessible and they are likely to be in the property for the long-term, it seems to be the case that for the moment at least, confidence around bricks and mortar is still evident. I’ll be running the poll again at the beginning of June with the same questions, so it will be interesting to see if and how the split of opinion changes then.”