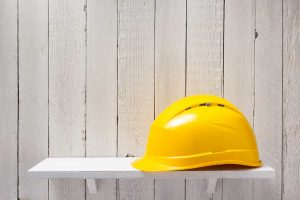 Despite the political strangle hold Brexit placed on the property sector in 2019, the construction sector grew by 2.5% over the course of the year.

Overall, the construction sector’s value rose to its highest recorded level of £13,949 million, according to ONS’s ‘Construction output in Great Britain: December 2019 and new orders October to December 2019’.

In part the annual increase was driven by the 3.4% rise in new work which surpassed £9.3 billion last year.

Annually, new public housing enjoyed growth of 18.1% and a rise of almost a fifth (19.1%) in the final quarter of the year.

Whilst private housing new work increased by 4.3% when compared with 2018’s total output, the final six months were constrained because of reduced confidence in the sector as Brexit uncertainty permeated throughout the UK.

“There has been plenty of talk about ‘levelling up’ regional economies in the wake of Boris Johnson’s election victory in December. Today’s quarterly house-building data from the ONS show how much the house-building sector needs this to materialise.

“Completions were down across the board – with the sole exception of the West Midlands. While there was growth in new starts in many parts of the country, this was strongest in London, with an increase of more than 50% over the previous quarter, and has been led predominantly by the public sector.

“Meanwhile in the North West – where many of the Conservatives’ electoral gains came from – both new starts and completions fell by more than 10 per cent.

“With a ministerial reshuffle expected any day, and the Budget next month, now is the time for the Government to step up and start making some of the long-term reforms needed to deliver a sustainable boost to house-building in the regions.”

“Despite toxic uncertainty, political ups and downs and bad weather in 2019, it is a testament to the resilience of the construction sector that it grew by 2.5% last year.”

“A national retrofit strategy would help boost the domestic repair and maintenance sector, providing confidence and support to homeowners and builders to make the necessary upgrades to our ageing housing stock. At this same time, this would help to reach net-zero emissions by 2050.

“No one could accuse the nation’s housebuilders of giving us too much of a good thing. Right across the board – from the private sector to housing associations, and local authorities – building figures have plateaued. Except for a brief spike in late 2018, completion numbers have not approached the 50,000 milestone since the global financial crisis.

“It would be unfair to hold the housebuilders, be they public or private, wholly responsible. Politics, macro-economic forces and demographic changes have all worked to undermine growth in the housebuilding market.

“But with the more recent uplift in political certainty, we will likely see a surge in demand and those involved in the property market will need to embrace technology to improve existing processes. The intelligent use of technology, combined with the valuable insights gained from available data, can help us to anticipate and deliver on our building needs smartly and efficiently.”