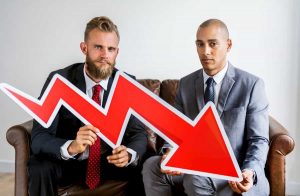 The UK construction sector continued its longest period of decline since 2013 as October output fell.

Month-on-month construction output fell by 2.3% in October, the largest monthly fall since April 2018, according to recent data by Office for National Statistics (ONS).

The fall has been attributed to a significant decrease in new work which has fallen by 3.6%.

Jessica Levy, Director of Communications at the FMB said:

“In November, the construction industry weathered the storm of continued Brexit uncertainty, a general election and unusually wet weather. Unsurprisingly, this has led to another fall in output leading to the longest period of decline of new orders in the industry since 2013. While the slightly better results than expected in today’s data are welcome, it is clear the industry is in dire need of some Christmas cheer, once a new government is elected”

“Whoever forms the new government, needs to give some much-needed confidence and certainty to this vital industry which makes up almost 9% of GDP and employs almost 3 million people. House building, which forms a major part of the construction industry, should become a national infrastructure priority for the new government. This will not only help tackle the ongoing housing crisis but give much needed confidence to the industry”

“October’s construction output figures suggest that new private housing is showing signs of tailing off, and while public housing compensates for this, these figures make slightly uncomfortable reading.

“This does not reflect our experience on the ground as we are seeing plenty of new developments, but it does underline that there is much more for the new government – whoever is elected on Thursday – to do to get the market moving again.

“The longer-term figures suggest the market is fairly flat overall and we are all going to have to wait a bit longer to see a fully-fledged recovery. Hopefully with the election out of the way in a few days’ time, we can all get back to something like normality again and that will restore confidence.”

“The new government must hit the ground running and invest to upskill builders if we’re to meet the construction needs of the next decade, including responding to the climate emergency. Today’s 2.3% fall in construction growth shows the ongoing damaging chilling effect of political and economic uncertainty on builders’ workload.”

Do you anticipate construction output in the UK improving once Brexit reaches a definitive conclusion?