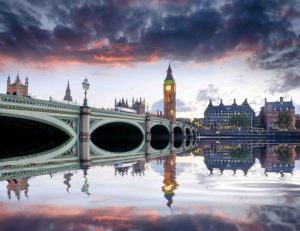 The pack of predatory Conservative politicians have been circling the metaphorically injured leader of the country for some time. Now, in a bid to set out his perspective leadership manifesto, former housing minister, Dominic Raab, has publicly called for dramatic housing reforms that may be popular with voters.

Concerned that the property market is struggling to build the 300,000 homes it needs, Raab believes that developers stockpiling approved land should be held more accountable and expected to build on the land they own as opposed to hold it indefinitely.

In March, Office for National Statistics data revealed that 58% of land granted planning permission in 2018 was squirrelled away, with no immediate plans to be built upon.

Whilst permissions granted have fallen in 2018 from the five-year average of 471,000 homes to 453,000 in 2018, Raab is insistent that the land that is approved should be used as a matter or urgency.

Echoing his support in October for Onward’s (a marginally right of centre think-tank) ideas for helping private renters gain a foothold on the property market by encouraging landlords to sell their properties to their tenants could be a popular policy with those trapped in ‘generation rent’. To achieve this aim, the government would withdraw the 28% capital gains tax levied on rental properties.

The money saved would then be split between the tenant and the landlord, with the tenant receiving two thirds of the money that could be used towards the 10% deposit. Raab believes this would enable many to leave generation rent and in turn create a ‘property-owning democracy’.

Raab also believes that the government should become more radical with ways of helping improve the flow of transactions. Scrapping stamp duty on all homes under £500,000 has been proposed as a way of improving movement with both first-time buyers and second-steppers.

“Successive governments haven’t been radical enough in taking on the vested interests to get enough homes built to keep them affordable. Having served as housing minister, I saw that challenge first-hand – and understand the radical reforms a pioneering Conservative government must deliver, to give working Britain a fairer deal.

“Developers who secure sites should face sanctions, if they don’t build the affordable homes, provide the infrastructure, or build at the rate promised.

“Planning permissions should be treated like contracts for delivery with councils given the power to sell sites to smaller developers or community groups, where a developer persistently fails to keep its word.

“For private renters, we should encourage landlords to sell to sitting tenants by allowing a rebate on the Capital Gains Tax on the sale, up to £35,000.

“Tenants could receive two-thirds, towards a 10 per cent deposit to buy the property, with the landlord receiving a third.”

“Brexit uncertainty cannot go on forever and we need all parties to set aside political differences and deliver a withdrawal agreement that restores certainty to the construction industry, to the country and our standing on the world stage.”

Do you think these housing policies would improve the housing market? Would they create a housing democracy?