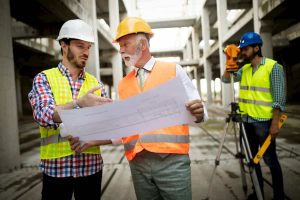 In response to Liberal Democrats manifesto published this week, the Federation of Master Builders (FMB) stated that more committed financial incentives are needed to reduce emissions from buildings by 2025.

With the country voting on 12th December for who they think should be in Government for the next five years, FMB is striving for support by asking everyone to vote to #Buildbetter – as whoever will lead the next Government will have a huge undertaking when dealing with the housing crisis to the climate emergency.

The building sector accounts for 9% of GDP and employs 2.7 million people across the UK. The construction industry will be influential in building the homes that we require and the essential infrastructure which will form a solid foundation for the UK’s success post-Brexit.

Constructions companies will have a pivotal role to play in assisting the Government to reach a net-carbon Britain by carrying out retrofit works that are essential to upgrade and decarbonise our current housing stock levels.

“The Lib Dems’ pledge to cut VAT on home insulation is a step in the right direction and is an area that we have been lobbying on for a number of years through the Cut the VAT campaign.

“However, I feel that it needs to go further and VAT should be cut on the labour element of home improvement work across the board. Doing so would simplify the VAT system and send a clear message that boosting jobs and consumer demand in this space is a priority.

“We know that homeowners are more likely to request energy efficiency upgrades as a bolt on to other building work being carried out on their homes. Cutting VAT across the board would therefore incentivise the de-carbonisation of our homes further.

“On a positive note, I strongly welcome the Lib Dems’ pledge to enforce big businesses and government agencies to adhere to the prompt payment code.

“Smaller building firms are being held back by the abuse of retentions and late payment practices that are rife. Getting tough on serial offenders will help small businesses get back to doing what they do best, which is delivering quality work and training the next generation of builders.”

Labour also released their manifesto this week in Birmingham, but prior to the release they leaked documents which suggested that Jeremy Corbyn is set to pledge the construction of 100,000 council and housing association houses per year.

Corbyn’s 2019 manifesto promises reflected the same statements made back in 2015 during the Labour Party leadership contest.

Whatever the outcome of the election, builders across the UK are poised ready to meet the uphill challenges ahead and help overhaul a housing crisis.