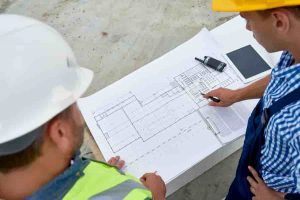 Michael Gove suggested that those with imminent home moves will still be able to exchange despite government advice warning against social interactions and movement.

The message, delivered on BBC television, came after Mr Gove had corrected an earlier blunder regarding the movement of children between divorced parents whilst in a lockdown situation.

He suggested that whilst it is not ideal to be spending time out of a permanent home, there was no legislation preventing transactions from completing at the current time. However, given strict new instructions from the government to remain apart and in our homes, this position could, in all probability, change before too long.

The constant ‘on the spot’ policy making at present is also causing politicians to differ on huge issues such as construction sites and their continued ability to remain active.

Public advice on the construction sector needs to be joined up and consistent after a number of politicians have disagreed over the continued role of people working on construction sites.

On the evening of Monday 23rd March, the government urged people to stay in their homes, warning the nation that the police will disburse groups of more than two people, unless they are within their household group, and could fine those failing to comply with advice.

Boris Johnson advised all people to remain at home, only leaving the house for essentials such as groceries, exercising once a day or to help at risk groups.

All non-essential shops have been ordered to close and remote working is advocated by all government officials.

However, key guidance on what this means for the construction sector is unclear.

After initial confusion last night following the PM’s announcement, Robert Jenrick, Housing Secretary, announced that construction workers currently on site, can continue to do so.

“If you can work from home, do so.

“If you are working on site, you can continue to do so. But follow Public Health England guidance on social distancing.

“Outside of work, remember to #StayHomeSaveLives”

Many in the construction sector have warned of the difficulties in working on site whilst also adhering to governmental advice regarding social distancing.

Mayor of London, Sadiq Khan, has expressed concern for the advice. He believes that construction workers could contribute to the spread of the virus by using public transport and struggling to follow social distancing procedures.

He believes all construction work should stop for the next three weeks or until the severity of the government’s restrictions on movement are downgraded.

Are your clients still completing transactions given governmental advice? What will this mean for the property sector? Should all building sites suspend their activity for the foreseeable future to help stem the flow of the virus? What impact will this have on the pipeline and success of future new build property sales?