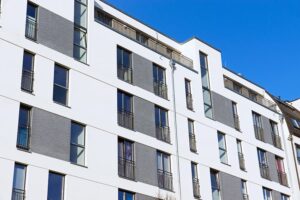 Housing minister Michael Gove has announced to Parliament that he will soon reveal a series of measures to tackle the cladding scandal which is currently affecting around 1.2 million leaseholders across the country.

Amongst the measures, Gove is expected to announce that developers responsible for dangerous cladding could be barred from public contracts and an extra £1bn in funding could be released for medium-rise buildings.

Gove is said to be placing leaseholders “at the heart of these measures” and will try to protect them from huge remediation bills by leaning on developers, contractors and manufacturers for more contributions. The  Housing and Communities Select Committee estimates that the total cost of fixing the building safety crisis is now in excess of £15bn.

To protect leaseholders, Gove is said to be considering increasing the Building Safety Fund by £1bn for the remediation of medium-rise buildings. This will take the total amount of money paid by the government to help fix dangerous cladding to £4bn, with an additional £2bn expected to be raised over the next decade from the residential property developer tax.

The cladding loan scheme, which would see leaseholders in medium-rise buildings pay for remediation work also looks likely to be scrapped with Gove commenting in November that he was “disturbed with the principle of leaseholders having to pay anything”.

Further changes to the use of EWS1 forms are also expected to be announced, including a reduction in the number of checks required and increased support for professionals conducting the checks. The consolidated advice note, stating that all buildings regardless of height must be checked, will also be removed by the end of this year.

The government is also thought to be considering a government-backed insurance scheme for those carrying out fire safety checks to give further protection to decision-makers, as well as the introduction of a central government body that will audit checks and oversee the process.

The Department for Levelling Up, Housing and Communities (DLUHC) may also be commissioned with the task of recovering funds from companies and developers that are thought to be liable for some of the issues.

Giles Grover from the End our Cladding Scandal Campaign commented:

“It has long been painfully clear that an increase in grant funding is urgently required to bring about a fair end to this scandal that has blighted our lives for years – but we still need to see action on the ground to make buildings safe at pace, and we still need cast-iron guarantees that we will be protected from all costs to do so.

Our heads continue to tell us to be cautious but our hearts are increasingly optimistic that we will soon begin to be able to think about moving on with our lives.”

“We do not comment on speculation. It is unacceptable and unfair that leaseholders are facing excessive bills – they are innocent parties in this and building owners and industry must make buildings safe without passing on costs to them.

The secretary of state is looking at our work in this area to ensure we are doing everything we can to protect and support leaseholders, and we will be setting out further proposals in due course.”

The Government has scheduled an event due to take place in the next month that will consult stakeholders involved in the scandal to focus on speeding up remediation works of unsafe buildings.

The news comes as further revelations about Government accountability over unsafe cladding were made during the opening statements of the Grenfell inquiry. Lawyers acting for victims of the tragedy listed several Government failures including claims that the government suppressed information about the combustibility of cladding used on Lakanal House after a fire killed six people in 2009, and that a government-commissioned test on the same cladding material used on Grenfell Tower in 2002 failed five minutes into its 30-minute duration, but the product was not banned.