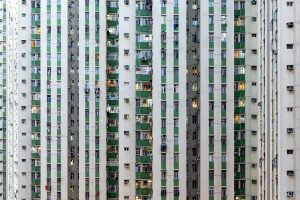 Almost half of a waking watch cladding fund has been left unclaimed due to a difficult qualification process.

New statistics reveal that the Waking Watch Relief Fund introduced to aid leaseholders affected by the unsafe cladding scandal, show that almost half of the fund has been left unclaimed. Property managers and leaseholders say that there are difficulties in qualifying for the fund, and have consequently questioned the Government’s response to the cladding situation.

Statistics show a significant decline in the number of applications received between two funding periods, down from 213 in the first phase to just 60 in the second phase. Only seven applicants have been successful in the latest phase compared with 119 in the first. This means that just £16.5m of funding has been drawn against the total £30m fund.

“we have to question the extent to which the Waking Watch Relief Fund is working for vulnerable leaseholders when only seven applications have been successful in recent months”.

The Waking Watch Relief Fund was created to pay for the costs of installing alarm systems in buildings with unsafe cladding, which in London costs an estimated £110 per month,

“in the eyes of leaseholders it must feel like they’re paying out of pocket for every aspect of building safety remediation”,

“The presumption should be in favour of approving these types of applications when they provide one of the few extra layers of safety that leaseholders genuinely do not have to fork out for,” said Bowring.

To be eligible for the fund, buildings must be in the private sector, have unsafe cladding installed, be over 17.7 meters in height, and have a leaseholder-funded waking watch in place.