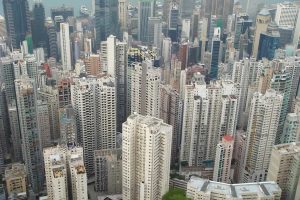 A specialist contracting firm believes the true cost of the cladding crisis is going to reach as high as £50bn, 10 times more than the funding allocated by the Government.

Currently, there has been £5bn worth of funding set aside by the government to help high with cladding remediation works in high rise buildings. But this figure just isn’t enough according to Colmore Tang Construction.

The organisation has priced up the works in Leeds, Liverpool and Manchester and have found that the average cost for the works to be completed on buildings above 18m is £4.65m, whilst those that stand between 11m and 18m is estimated to cost £2m.

Government figures have revealed that 5,000 buildings over 18m require an EWS1 certificate and require the work, with 35,000 11m-18m buildings require the same attention

There has been mounting pressure from MPs to reassess the size of the Building Safety Fund, with the Housing, Communities and Local Government committee claiming the full cost of remedial works could be closer to £15bn.

“The bottom line is that the true cost of remedial works has been severely underestimated and meaningful progress won’t be made until politicians and industry professionals develop a clearer understanding of funding and logistical challenges at hand here.

“Our estimates are not plucked out of thin air but are based upon real life scenarios which we see day in, day out. There’s a stark difference between costing a project and actually executing it, which largely explains this discrepancy.

“We’re seeing developers and surveyors quoting budgets that are nowhere near where they should be and we’re sleep walking into a scenario in which that only becomes apparent half way through the remedial works. That’s bad news for everyone.

“Suggestions that by simply re-tendering schemes we can reduce costs to original figures are patently unrealistic and quite frankly, dangerous.

“The race to the bottom approach to costing produced the poor workmanship, material standards and quality control which led to the cladding crisis in the first place and we are in danger of things spiralling out of control if we don’t buck up our ideas.”