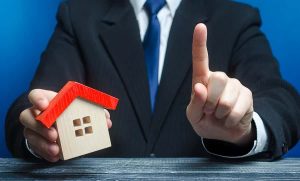 This application is the latest in several legal proceedings commenced by the FCA against Mr Gopee arising out of his illegal money lending activities. Gopee was sentenced in 2018 to three and a half years’ imprisonment for offences under the Consumer Credit Act 1974 and the Financial Services and Markets Act 2000.

Between 2012 and 2016, Mr Gopee acted as an illegal lender despite being refused a consumer credit licence by the OFT, or securing any authorisation from the FCA. He loaned money to vulnerable consumers at high rates, securing the loans against their property, and then sought to take possession if they failed to pay.

Over the 4 year period, Gopee’s accounts showed that he issued approximately £1 million of new loans and took in at least £2 million in payments from consumers who were unaware that Gopee was unlicensed.

When sentencing Mr Gopee on 9 February 2018, trial judge HHJ Beddoe noted that Mr Gopee was aware of the FCA’s serious concerns, but ignored them, deciding instead to “…deliberately flout the law” ignoring the fact that he had lost his consumer credit licence, and endeavoured to enforce agreements he knew were unenforceable but that debtors did not. He continued to pressurise debtors with demands for payment, threatening court action that he knew could not be sustained.

In addition to this custodial sentence, Mr Gopee was issued with a Serious Crime Prevention Order (SCPO) in 2018 which was also the first time the FCA had sought such an order, highlighting the severity of Gopee’s conduct.

Steward continued, commenting on the benefit that the High Court order to remove HM Land Registry charges would bring, “the order obtained today will ensure Mr Gopee’s hold over properties owned by his victims is relinquished, by removing charges, notices and restrictions that he obtained in carrying out his illegal activities and which he continued to hold”.