Changes to the NPPF: letter to the Planning Inspectorate 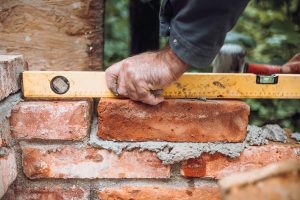 A letter from the Minister of State for Housing to the Chief Executive of the Planning Inspectorate regarding recent changes to the National Planning Policy Framework (NPPF) has been published.

Housing Minister, Christopher Pincher, has written to Sarah Richards, Chief Executive of the Planning Inspectorate, to confirm that guidance has been published on the way local authorities should reflect the recent NPPF paragraph 22 changes in their local plans. The Government has published the letter and guidance as it raises matters that will be relevant to local authorities.

The change to paragraph 22 of the NPPF, outlined in the letter, is said to ensure that local authority plan preparation can continue “at pace while also ensuring that the government’s objectives are delivered”.

Paragraph 22 of the NPPF states that:

“Strategic policies should look ahead over a minimum 15-year period from adoption, to anticipate and respond to long-term requirements and opportunities, such as those arising from major improvements in infrastructure. Where larger-scale developments such as new settlements or significant extensions to existing villages and towns form part of the strategy for the area, policies should be set within a vision that looks further ahead (at least 30 years), to take into account the likely timescale for delivery.”

The updated Planning Practice Guidance (PPG) states that where the new policy applies:

“the authority will need to ensure that their vision reflects the long-term nature of their strategy for the plan or those larger scale developments. It is not anticipated that such visions would require evidence in addition to that already produced to support the plan”.

Under the new policy, local authorities will now need to consider whether any existing vision is adequate enough to meet the paragraph 22 policy requirement, “where the vision only applies to the existing plan period, authorities may also consider whether further explanation or clarification is needed through the use of a short supplementary statement”.

Former Housing Secretary Robert Jenrick had previously requested that planning inspectors remain “alive” to changes to the NPPF announced in July, in a letter to the Planning Inspectorate  published on the Government website. Here it stated that the change did not affect plans that have already been published or submitted for examination before 21 July. But planning inspectors would, however, need to take the change into account for any subsequently published plans.