Call for evidence – What does this mean for Conveyancers? 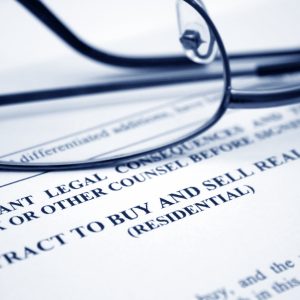 The Department for Communities and Local Government (DCLG) has published a ‘Call for Evidence’, identifying the key issues with home buying and selling as it stands, as well as committing to reform the process.

The Communities Secretary, Sajid Javid has asked for ideas and suggestions from the professionals involved as well as from the public, to help make their promise a reality.

We’re holding an informative webinar on what this Call for Evidence could mean for conveyancers – if you’d like to attend, please click here.

It is common knowledge within the industry that the home moving process takes longer than expected, is expensive, and can be frustrating. The Solicitors Regulation Authority (SRA) has already established that conveyancing is an area of practice which accounts for a high proportion of claims and complaints.

The poll of 2,000 people carried out to inform the ‘Call for Evidence’ found that residential property lawyers were the main cause for complication, with a faster service from their solicitor cited as the main improvement that buyers and sellers want to see.

For those reasons, there is a clear need for reform; not only for customer experience and efficiency in practice but to also avoid the hundreds of millions of pounds of wasted expense caused by failed transactions. The question is: how can this be done and how will it affect conveyancers?

Whilst new technology has already made things easier for both consumers and conveyancers, there are still many hurdles to overcome throughout the process. The government welcomes the positive steps already being taken by organisations such as the Conveyancing Association and HM Land Registry to improve the process and make more data available, but they want to increase the scope further.

Improving the Home Buying and Selling Process – Call for Evidence

The ‘Call for Evidence’ makes reference to various issues that consumers face when buying or selling a house and asks the industry for advice on how changes will affect all involved parties.  The following issues and suggestions are those that could potentially have the biggest impact upon conveyancers:

These suggestions, amongst others to modernise mortgages, leasehold and new build processes, have certainly caused a stir for conveyancers and indeed for the industry as a whole. The ‘Call for Evidence’ could ultimately have a significant impact on the way conveyancers work and are rewarded.

It is important therefore that the industry responds and raises any concerns in light of this information.

The banning or greater transparency of referral fees would have a huge impact on conveyancers, with this being the main source of work for many. It’s likely that this would lead to consumers spending more time looking for a conveyancer, increasing market competition.

Greater competition highlights the importance of the SRA’s recent consultation ‘Looking to the future: better information, more choice’. Conveyancers should be starting to see the benefits of online reviews and publishing their prices on this basis. If transparency is the key here, it is important for conveyancers to move with the times and not get left behind. Perhaps conveyancers should be using this to their advantage to promote their firm’s values and showcasing the experiences of happy customers to potential clients in an accessible way.

One major consideration is whether this means a revival of the home information pack (HIP). Mike Ockenden, a leading figure in the Home Information Pack industry, has said that despite the Government’s strong denials that it will bring back HIPs, he has the feeling of deja vu.

Sajid Javid has commented that whilst the revival was not on the agenda, there could be a requirement for sellers to put information together to make a home ‘move ready’, “but that does not mean we shouldn’t make common sense improvements, or indeed look at more ambitious change where it is warranted”.

If the suggestions made in the ‘Call for Evidence’ become a reality, it could make the process a lot simpler and more efficient for both consumers and conveyancers. The question is, how can the government do it?

If the suggestions in the ‘Call for Evidence’ are implemented, this could result in quick and major changes, uprooting a process which has evolved over centuries, with the purpose of making it fit into the 21st century.

It does, however, raise the question of how the government hope to implement this. It is uncertain whether the policy will succeed given how much parliamentary time would have to be dedicated to it. It also raises the question of how this can be possible when there is so much political focus on Brexit.

Another issue here goes beyond improving the housing process, and relates more broadly to the proposal to borrow money to build more houses for first time buyers. It could be considered a hotchpotch of policies put together, appealing to first time buyers but with no real consideration of how they are going to do it in the current political and economic climate.

The Conveyancing Association, however, is in favour of the suggestions made and has commented:

“We have been saying for some time that the conveyancing industry is at a pivotal point in its history and the publication of this Call for Evidence is a further step forward as the Government acknowledges the home buying and selling process is not fit for purpose … we believe the Call for Evidence process will result in a revolution in conveyancing and the CA will be at the forefront in helping deliver it”.

The consultation is open until 17 December 2017 and responses can be submitted online, by email or by post. To submit online, visit https://www.surveymonkey.co.uk/r/homebuyingandselling