The Government’s ‘Call for Evidence’ has unsurprisingly sparked a variety of opinions being voiced across the industry.

Aimed at both the public and industry professionals, the Department for Communities and Local Government released the consultation last month to gather views and opinions on how the home moving process could be improved.

We recently hosted a webinar focussing on what the Call for Evidence could mean for conveyancers. You can watch it here.

Broken down into a number of sections, the consultation looks at a range of different areas of the process, highlighting the potential issues within each. At the close of each section, it also poses questions to the reader as well as possible suggestions for reform.

The second section of the consultation focusses on conveyancers, setting out their role in the home moving process, as well as factors which could cause problems for them, and in turn, the consumer.

Four key issues are highlighted in this section, with the focus being on increasing the provision of information for consumers, reducing transaction times and improving market transparency.

Whilst these areas of the consultation are directed at conveyancers, it’s important to note the relevance of all of the sections, given the fundamental part which conveyancing plays in the home moving process and the knock-on effect it can have.

In the initial responses to the consultation’s launch, many appeared to welcome the government’s engagement with the process and the steps taken to seek the views of the industry directly.

Taking this stance was Head of Residential Property at Napthens, Sarah Barnes. She stated: ‘We welcome open discussions in relation to how the home buying and selling process can be improved. The Government’s approach to opening the discussion up to include the members of each profession involved in the process is the correct approach and is important in order to gain as much information about where the pitfalls, delays and frustrations are caused and how the process can be improved.’

Sharing the reaction of the CLC was director of strategy, Stephen Ward. He praised the launch of the ‘Call for Evidence’, stating that the main areas of significance had been highlighted.

“We strongly support the government’s stated desire to “modernise the home-buying process so it is more efficient and less costly”, along with their aim of replacing the current, largely paper-based approach through a digital revolution.”

In the conveyancing section, the first point focusses on the introduction of practical steps that can improve the process, such as increasing accessibility of information and building party relationships.

Commenting on improving access to information was Paul Philip. The Chief Executive of the SRA stated that in addition to price, the quality of service is also important when it comes to prioritising the consumer.

“Too often people really struggle to find basic information about legal services like conveyancing. We want to make it easier for them to find the right service at the right price.

“We have spoken to thousands of people and professionals to help us develop these plans. We have heard that price is important, but so is information about service and quality.”

In addition to improving information for consumers on the home moving process, Sarah Barnes also suggested that this could also apply to professionals, particularly in light of the differing levels of experience within a firm.

‘The ‘Call for Evidence’ mentions ‘educating buyers and sellers’ which we do agree is extremely important as this helps to manage expectations during what can be a stressful process.

‘However, we would also consider that the education of the professionals assisting and working on the process also needs to be looked at carefully too. We take for granted the fact that the estate agent and the conveyancers involved are experienced enough to guide the buyers and sellers through the process. However, the level, experience and supervision of these members of staff can vary greatly and the soft skills in managing expectations of the parties and the chains are often overlooked. The professionals involved in the process, need to look closely at the staff involved at the coal face and ensure these individuals are equipped with the correct knowledge, attitude and skills to guide the clients and communicate effectively with each other.’

In the aftermath of the consultation, improving communication was also commonly cited as being key to reducing transaction times – a factor which is also largely important for consumers.

Taking this stance was Adrian MacDiarmid, Head of Mortgage Lender Relations at Barratt Developments plc. Whilst stating that his company was actively taking steps to increase communication between parties, he highlighted the importance of looking for ways to improve.

“We are working hard to make things easier and quicker for our customers. The number of days it takes for customers to get a mortgage offer from one of our recommended brokers has fallen substantially recently – from 19 days in 2015 to just two weeks now. But we’re not content with this and are actively working with lenders and brokers to improve this further still. Where there is much greater scope for improvement across the industry is the automated sharing of information and data, which can greatly speed up and improve the conveyancing process.”

Further indicating that the suggested measures for improvement are not to be considered in isolation, utilising technology was also cited by the industry as a way to speed up the home moving process.

Whilst the consultation has a designated section on technology, as mentioned before, elements of this could impact conveyancers directly. It acknowledges the steps that have already been taken by organisations such as HM Land Registry, and that ongoing innovation could be key to driving the process forward.

Of particular interest is the mention of e-conveyancing, with the government questioning how this could be facilitated.

Highlighting the need to bring the home-buying process up-to-date was Doug Crawford, the CEO of My Home Move. He drew attention to the reluctance of some to embrace digitisation, regardless of what consumer trends across the legal market seem to suggest.

“We strongly support the government’s stated desire to “modernise the home-buying process so it is more efficient and less costly”, along with their aim of replacing the current, largely paper-based approach through a digital revolution.

“It’s clear that general trends in consumer behaviour towards digital online services are being resisted by many in our industry so it’s important that the consultation process reflects the up to date views of clients through specific research into the areas where change is being considered.”

Whilst responses differed on various specifics of the consultation, the importance of responding was a view that seemed to be shared.

The Society of Licensed Conveyancers highlighted the opportunity that the consultation provided to professionals, and stressed the need to share a view, regardless of scepticism.

“The Society of Licensed Conveyancers (SLC) welcomes the Government’s Call for Evidence on Improving the home buying and selling process. The consultation provides the first opportunity for many years for a considered review of how the process of buying and selling homes can be made less stressful for consumers and more joined up for all the industries and professions that serve home buyers and sellers. Whilst it is easy to be sceptical about the outcomes of a Government initiative such as this, the SLC for its part will respect the process and will give it full and proper attention.”

Rob Hailstone also took this stance, urging conveyancers to respond to the Call for Evidence and share their suggestions whilst they have the chance.

The CEO and Founder of Bold Legal Group stated: “I see this as a great opportunity for conveyancers to become involved in the home moving process earlier in the transaction. That surely has to be a good thing? We have been at the bottom of the food chain for too long.

“Get involved, make sure you have your say, and embrace any changes that come our way.”

The ‘Call for Evidence’ can be accessed here. 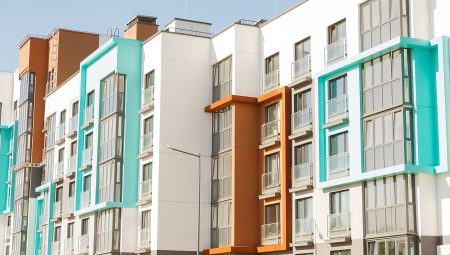