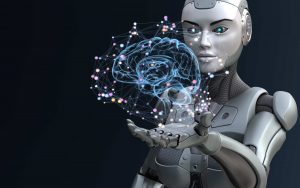 Through its response to the Department for Culture Media and Sport’s (DCMS) consultation on Digital Identity, The Conveyancing Association (CA) has responded by emphasising the importance of ID checks but expressed concern regarding the number of checks consumers have to go through using the current system.

The CA statement insisted the trade body remained committed to Government-led digital identity which would be accessed by all stakeholders and their relevant regulators to provide ‘one source of truth’.

The Government consultation highlighted that the information and data it holds on individuals’ passports could be opened up, utilised and accessed as an ID verification tool.

The CA has further confirmed that they would like to see the use of biometric data in any ID verification plan to effectively deliver Government-led digital identity schemes.

Overall the CA welcome any workable digital system that work around the different ways ID is required currently, the costs involved and the threats of fraud caused by paper-based systems as long as they are in keeping with the needs of both consumers and the wider conveyancing market.

Beth Rudolf, Director of Delivery at the Conveyancing Association, said:

“Improving ID verification has been a key work stream for the CA for a number of years and we have strongly advocated a centralised Government system which allows us to access its data, and provides far greater confidence in the individuals who present themselves to us, and who we are to represent.

“As conveyancers, our members see this as the last blockage in the system in terms of validating the clients we deal with, and ensuring they are who they say they are, and they are the owners of the properties we are dealing with. This is an opportunity to drive proof of ID in the UK away from a paper-based system to one that has a central Government source, is accessible to trusted sources, and has the ability to give us complete confidence in the individual.

“For some time there has been a lack of an acceptable standard and our response to this consultation highlights the standards that we want to see which will ensure we can verify and authenticate our clients with the minimum of fuss and cost, and will help consumers in that they won’t need to provide multiple copies of their ID in different formats to the many stakeholders within the process that need it.

“The conveyancing sector remains one which fraudsters will continue to target, however given that much of the ‘successful’ property fraud perpetrated is as a result of ID issues, it is imperative that we get to a new system. We would urge all our member firms to issue their own responses to this consultation, which closes for contributions on the 15th September.”

How useful would an holistic digital ID data source be to the conveyancing market?