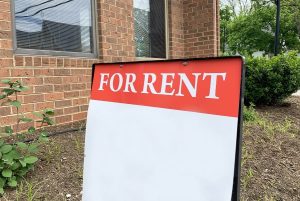 A new report by Hamptons reveals a slowing buy-to-let market across England.

Despite the tax savings afforded by the recent stamp duty holiday, it is thought that buy-to-let investors failed to outbid owner-occupiers due to increased buyer demand and a housing stock shortage.

Aneisha Beveridge, head of research at Hamptons commented on the findings that, “the holiday resulted in a small uplift in the number of new buy-to-let investors but, despite their reduced bills, they were not outbidding owner-occupiers on any significant scale”.

But for property investors that did make purchases during the stamp duty holiday, tax cuts saved them around £3000, as the average bill fell from £8,500 to around £5,500 during the break. Investors in the North East were most active during the holiday period with property sales to landlords jumping from 21% to 29%.

Nevertheless, this lack of activity in the buy-to-let sales market, coupled with a strong demand for bigger houses has also driven an increase in rental prices. In September, UK rents had increased 8% compared with 2020, meaning that the average monthly rent reached £1,109 a month.

“While investor purchases picked up a little during the spring, it hasn’t been enough to support stock levels. This has fuelled rental growth, with rents rising more than twice as fast as they were in September 2019”,

This demand has encouraged particularly sharp rental prices in the South West, South East and East of England, while rents in inner London dropped for the 20th consecutive month.

“the pandemic-induced race for space continues to drive demand in the areas within reach of the capital” but “a lack of stock in the rental market has supercharged rents”.

“With stock short in the sales market too, we’re also seeing a rising number of homeowners become temporary renters after selling their homes in order to break their chain … and this is adding to demand and fuelling rental growth, particularly for larger properties”, Beveridge added.