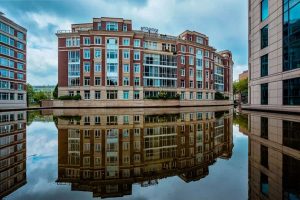 Homeowners in England and Wales will now have 15 years to legally challenge shoddy building work, rather than the current six-year window in which legal action can be brought against developers.

The change was introduced in light of the cladding crisis following the Grenfell Tower tragedy and as part of the Building Safety Bill which published on 5th July. Housing Secretary Robert Jenrick said the change would “put new cards in the hands of the leaseholders”.

Speaking to the BBC’s Andrew Marr programme, Mr Jenrick said “it is not right that either the leaseholder or the taxpayer” should pay for fire safety changes.

“I’m announcing… we are going to change the law retrospectively to give every homeowner 15 years in which to take action against the people who built their building if there is shoddy workmanship” he said.

“This is a huge step forward – the law as we found it was that you only had six years to take action against the person who built your home. That often gives you less protection than if you had bought a toaster or a fridge.”

The Government says the change would be applied retrospectively for new builds, Jenrick continued, stating that:

“this could mean that residents of a building completed in 2010 that is unfit to live in, such as from unsafe cladding installed on the building when constructed, would be able to bring proceedings against the developer until 2025.”

The changes come amid concerns that homeowners are bearing the cost of fire safety works despite the Government having set aside £3.5bn to replace unsafe cladding for residential buildings 18m or higher in addition to the £1.6bn already announced in 2020.  However, many have argued that leaseholders are still paying for other safety measures such as fire breaks, safer doors and sprinkler systems.

Leaseholders have branded Jenrick’s announcement as “smoke and mirrors” and Labour Shadow Housing Secretary Lucy Powell said the announcement would “bring little relief to homeowners trapped in unsellable, unmortgagable homes, as those already in the scope of the deadline have found barriers to mount legal action too high and costly, and outcomes ineffective”.

Instead Powell suggests that leaseholders should be legally protected from costs and a building works agency should be set up in order to “pursue developers themselves, to ensure the polluter pays”.

Commenting on the news that homeowners are to get an extension to 15 years to sue for shoddy workmanship, Jonathan Frankel, litigation partner at Cavendish Legal Group, said:

“Extending the limitation period from six years to 15 years will be beneficial for some leaseholders, particularly those who feel they are able to challenge the landlord.”

“However, it’s not necessarily the case that it would ‘put new cards in the hands of the leaseholder’ as Robert Jenrick says. It simply delays the period of limitation to allow them to bring legal challenges. As such, issues of representation and funding for any legal action and subsequent repairs will continue to be the major obstacle for most leaseholders.”

“politically this feels like the Government is simply kicking the can down the road which will actually prolong the pain for leaseholders further. In my view there is no benefit to extending the limitation period without helping leaseholders fund potential legal actions. That’s the change we want to see.”