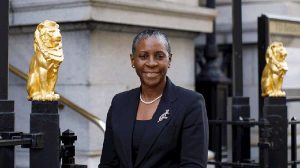 The proposed Building Safety Bill still leaves leaseholders bearing the brunt of the cladding crisis, the Law Society of England and Wales has warned.

Introduced following the devastating Grenfell Tower fire and subsequent public inquiry, which exposed the widespread use of hazardous cladding on buildings across England and Wales, the Bill enters committee stage in the House of Commons tomorrow (9 September).

Thousands of flat owners living in potential fire traps are being hit by huge bills to manage and rectify life-threatening cladding issues affecting their homes. Those that want to sell are unable to do so.

If enacted, the main provisions of the Act will come into force on a date yet to be specified. But for retirement home leases (a lease relating to a dwelling that can only be occupied by people aged 55 or over), the Act’s provisions must commence no earlier than 1 April 2023. This is intended to give the retirement sector, where ground rents are often used to help fund the additional costs of providing communal spaces and facilities, additional time to transition.

“The Bill includes important measures to improve building safety, in light of the devastating Grenfell Tower fire and the ongoing cladding crisis,”

“However, we are concerned that leaseholders, who live in unsafe buildings through no fault of their own, are still left bearing the brunt of the costs of cladding remediation.

“Hundreds of thousands of innocent homeowners are under intense emotional and financial pressure, affecting their mental health, well-being and ability to carry on with all aspects of their lives.

“The Bill lacks measures to protect such leaseholders against increases in insurance premiums or to cover the costs of safety precautions, such as waking watches.

“Where the Bill does require developers to cover the costs of cladding removal, it does not go far enough.

“It introduces a targeted levy on developers seeking permission to build certain high-rise buildings, which it is hoped will generate £2bn over 10 years to fund the removal and replacement of combustible cladding. However, the full cost is estimated at as much as £15bn.

“UK government should provide additional financial support to leaseholders to help cover the costs associated with managing and rectifying the dangerous cladding on their homes.”

The Law Society is also concerned that rather than directly requiring developers to rectify dangerous cladding, the Bill instead opts to grant leaseholders with new rights to bring their own litigation against developers.

“A major drawback of this approach is that it only gives leaseholders the right to take action via potentially costly and time-consuming legal proceedings, rather than offering them direct support,”

“While the liability cut off date for developers would be extended from six to 15 years, many developers responsible for developing buildings with unsafe cladding have already gone out of business, making any new legal rights worthless.

“In addition, UK government has previously stated that issues relating to unsafe cladding began around 20 years ago, which makes the 15-year cut off insufficient.

“We also believe the Bill would benefit from more clarity regarding the relationship between the new Building Safety Regulator and the New Homes Ombudsman and existing regulatory bodies.”