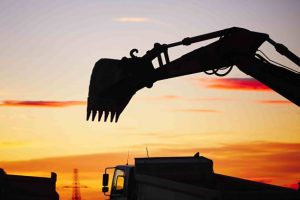 A recent report has insinuated that house builders feel it is unlikely they will be able to achieve the Government’s target of 300,000 new homes per year, despite consistently improved building figures over recent months.

Less than half (48%) of the 400 home building companies that participated in the survey carried out by McBains were confident that the target of 300,000 new homes per year could be met in the next five years, with suggestions that the current system makes the total extremely unrealistic.

Despite the perceived pessimism, 57% of respondents had improved the number of homes built last year and were averaging 201 new homes. The companies expected to increase this number to 297 within the next year.

Overall, there was a feeling that current building regulations and the implications from Brexit will put a huge strain on the building sector over the next few years.

55% of respondents were concerned that the lack of available land will pose an issue to building more new homes moving forward, whilst 49% were anxious that planning permission in its current form will delay the building process unnecessarily and should be reviewed.

As Brexit looms ever closer, 48% of respondents were concerned that skills shortages will worsen as foreign workers are deterred or restricted from entering the UK with the same ease enjoyed presently.

Clive Docwra, managing director of McBains, said: “This is why the majority of respondents are sceptical that the Government’s housing targets will be met. In particular, the construction industry relies on thousands of skilled European Union workers because of skills shortages in the domestic workforce, and with these workers potentially prevented from working in the UK after the Brexit transition period ends in 2021, many housebuilders will be struggling to find the workforce needed to build the new homes that are urgently needed.

“And for those people struggling to get a foot on the property ladder, the finding that only around one in five of new homes to be built over the next year will fall into the affordable category will be disappointing.”

Whilst the building sector may struggle without further changes, respondents were clear that expanding and increasing loan finance to medium and small building firms as well as encouraging big building firms to utilise the land they own through a land value tax could help the sector reach its building potential.

Is the Government’s 300,000 home target unrealistic? What should be done to help further improve building productivity?