What did Budget mean for Conveyancers? 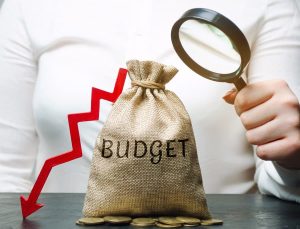 Rishi Sunak’s latest budget spoke positively about the way in which the UK is responding to the global crisis caused by the COVID-19 pandemic.

And while we’re not out of the woods yet, the latest budget launched a with a stirring defence of current policy. The Office for Budget Responsibility (OBR) has revised growth forecasts up to 4.5% in 2021, and 6% in 2022.

Having placed housing as a central tenet of the “Levelling Up” programme, with the appointment of Michael Gove to the newly renamed Department for Levelling Up, Housing and Communities, formerly the Ministry for Housing, Communities and Local Government, the budget promised multi year investment to the tune of £24.5bn in housing.

The programme of investment in creating new, affordable homes looked a reminder of the many initiatives currently in place to support new housing. Robert Jenrick’s “First Homes” plan is currently underway with Mr Sunak pledging a 20% increase on the previous investment programmes. £11.5bn is to be set aside for new build homes and a £1.8bn commitment made to unlocking 1500 hectares of brown field sites to help deliver 160,000 new homes.

Experts have been sceptical of delivery on brownfield sites given the high cost of redevelopment which can be “notoriously expensive” according to Nicola Gooch, Planning Partner at Irwin Mitchell;

“The additional funds to support Councils’ remediation efforts is to be welcomed. This latest tranche of funding for brownfield land, in addition to the £400 million Brownfield Housing Fund and the £75 million Brownfield Land Release Fund, indicates that the Government may be serious about the ‘brownfield first’ pledges that Johnson made in his conference speech earlier this month.”

The most welcome news is confirmation of a further commitment to supporting those affected by the cladding scandal.

The government has previously committed more than £5 billion, including £3 billion over the spending review period, which runs until 2024-2025, to remove unsafe cladding from the highest-risk buildings, supported by revenues raised from the new Residential Property Developer Tax. Mr Sunak confirmed the tax would be levied on property developers with profits over £35m at a rate of 4%.

The government hopes this tax will generate £2 billion over 10 years to fund the removal and replacement of combustible cladding. However, the full cost of cladding remediation is estimated at as much as £15 billion.

“We have called on the UK government to provide additional financial support to leaseholders to help cover the costs associated with managing and rectifying the dangerous cladding on their homes and it is disappointing that no new money was found in the Budget to assist long leaseholders in unsafe properties.”

“In addition to the financial and emotional burden on some leaseholders, the concerns about unsafe flats are impacting on flat sales in the wider property and lending markets.”

In contrast to previous Budgets, these latest announcements left much of the mechanics of the market alone, perhaps in response to the demand generated by the SDLT holiday.

The biggest risk to the current property recovery seems to be the lack of stock coming to market and looming inflation, which is already affecting mortgage rates, with major lenders announcing increases in November ahead of an anticipated Bank of England interest rate rise.

He identified that inflation in September was 3.1% while the Consumer Price Index (CPI) is expected to be 4% over the next year. Acknowledging the challenging backdrop of rising inflation Mr Sunak said he had written to the Governor of the Bank of England to “reaffirm their remit to maintain low inflation.”