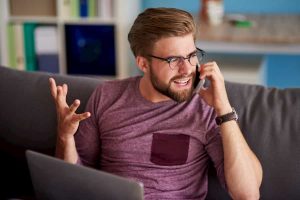 On 21st January 2020, the Bar Standards Board (BSB) released their annual Enforcement Report, which has resulted in some grim reading.

The report revealed that the BSB is struggling to cope with the rise in complaints from members of the public (external complaints). These complaints have risen for the second year running, rising to 359 complaints in 2018/19 compared to 304 in 2017/18, an 18% increase.

49% of investigations into these external complaints were concluded within 8 months. Well under par of the BSB’s 80% target.

Internal complaints were 30% lower than the previous year. However, this didn’t mean that during the investigations of these complaints the BSB hit their 80% target of them being concluded in five months. 8% of complaints weren’t investigated within the five month time period.

However, the report details were not all doom and gloom. The overall grand scheme discovered that the total number of new complaints received by the BSB increased by four to 479.

Of the 339 external complaints that the Board received, 95 of these were made by litigants in person. This is the highest number of complaints from this source that the BSB has ever recorded.

“As in previous years, the majority of the complaints from litigants in person related to concerns about barristers making misleading/false statements or otherwise misleading the court, or about a barrister’s rudeness or misbehaviour, either in or out of court.”

Worryingly, 51% of complaints were based on rudeness and misbehaviour, which included members of the public claiming that barristers were accused of “calling a victim a liar; sending rude and unprofessional emails to their client who was concerned about the conduct of his case; and making spurious allegations about a witness while behaving aggressively.”

According to the BSB, half of these complaints were made in the contentious family proceeding arena.

“As in previous years, many of the complainants in this category were unhappy with statements or allegations about them that were put forward in submissions by their former partner’s barrister, or they felt that they had been pressured into accepting an outcome they did not want by the barrister on the other side.”

Sara Jagger, the BSB’s Director of Legal and Enforcement, said:

“The findings of this report reflect our continued success in taking action against the small number of barristers who pose a risk to the public.

“We are committed to embedding our reforms to our regulatory operations, which will enhance our risk-based approach to regulation and help to ensure that our resources are targeted on the most serious breaches of barristers’ professional obligations.”