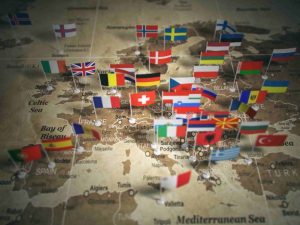 The usual buoyant residential spring market has failed to spring into action. Instead, continued uncertainty around the UK’s future in Europe is stifling the property market and subduing transaction figures.

According to the most recent housing index, by Rightmove, property prices crept up nationally by only 0.4%. This figure is 0.3% below the five-year average (0.7%) and represents the lowest average monthly rise for this time of year since 2011.

Whilst the number of sales agreed by estate agents in January was 4% down on the figures achieved for January 2018, the property quagmire deepened in February and was 7% lower than in 2018.

However, the average stock per agent has risen from 43 properties in February 2018 to 46 in the current market; although these figures remain below the annual average of 49 properties per agent.

Miles Shipside, Rightmove director and housing market analyst comments: “While March marks the start of spring, temperatures have yet to rise in the housing market. Buying activity remains cooler than usual, with hesitation as some buyers await a more settled  political climate. There’s greater resilience the further away you get from the London market, and there’s a sound bedrock of demand for the right property at the right price, reinforced by ongoing housing needs combined with cheap mortgage borrowing.

“London and some of its commuter belt are suffering from a post-boom hangover, with prices now having to be far more sober to attract buyer interest. In contrast, North East prices never had the opportunity to become intoxicated by the capital city’s heady mix of high demand, low interest rates and higher salaries.

“The closer you get to the wire without the clarity of an agreed way forward, the greater the propensity for buyers to wait and see rather than acting now. This could be a temporary pause, and indeed market slowdowns at election time and around the original referendum result bounced back pretty quickly. Markets and people do not like uncertainty, though while sales agreed numbers are down by 7%, that means they are still running at 93% of last year’s levels. Most potential buyers are getting on with their lives or seeing a price lull as an opportunity to get onto the housing ladder or move to the next rung, with average national asking prices being 0.8% cheaper than a year ago.”

Tom De Ville, Director at Fine and Country Nottinghamshire, says: “The wheels are still turning in the housing market but they’re turning more slowly than this time last year as there’s hesitation from both buyers and sellers. A more certain political outcome would help to reassure those currently hesitating and would help to get the wheels turning more quickly again, and it would also help boost much-needed supply. Houses that are priced sensibly are still selling but there are some sellers who haven’t realised that there’s been a shift in power from a sellers’ market to a buyers’ market.”

Guy Gittins, Managing Director of Chestertons, says: “It was almost inevitable that the uncertainty of Brexit would drag property prices down in the short term, especially as the date gets closer and many buyers take a ‘wait-and-see approach’. However, we have experienced an incredibly busy start to the year, with a sharp increase in buyer registrations, viewings and offers throughout January and February, which reflects pent-up demand and suggests that prices are now at a level that buyers are comfortable buying. I therefore see this month’s drop as a temporary blip, and expect prices to recover once the market has more clarity on Brexit. Over the medium-and long-term, London property has outperformed most other asset classes and we believe it will remain a solid investment, regardless of the Brexit outcome.”