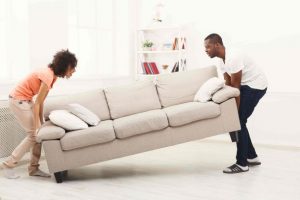 The vast majority of millennials that currently own property are adamant that Brexit ambiguity will be the main deterrent preventing them from attempting to move home within the next two years.

According to recent research, conducted by moving specialists AnyVan.com, 74% of respondents aged under 35-years-old are anxious of the implications Brexit will have on their home move if they pursue a move whilst the economy is so uncertain.

In particular, many people feel as though their employment security has been significantly reduced with recent well known businesses like Marks & Spencer, reducing their presence in many areas across the UK. Additionally, business juggernauts like Honda and Dyson ending their employment ties in the UK is creating less job security with the report indicating that 13% are uncertain about their continued employment.

Overall, 21% of respondents will remain in their current home until they feel secure in their employment is secure and any Brexit fallout becomes clearer.

19% of respondents are also anxious of buying property in the current climate as they anticipate property prices to fall as a implication of Brexit.

These sentiments were echoed during February’s Nationwide House Price Index with buyers indicating their reluctance to stoke potential interest following the new year with house prices only increasing by 0.1% annually and no 3 month on 3 month change in January.

The figures for February have found that house prices have reduced by 0.4% over a three-month period and falling by 0.1 percent from the average house price of £211,966 in December. With prices reducing to £211,304 and consumer confidence in the market hitting a low point, it seems as though Brexit is taking a clear toll on the property market

Angus Elphinstone, CEO of AnyVan.com  commented: “Our latest property research shows the impact of Brexit to young homeowners along with the next wave of first-time buyers. There just simply isn’t the confidence or funds available for a vast number of young movers. These are uncertain times and it will be very interesting to see how the property market reacts once we’ve exited the EU next month.“

What impact would this sentiment have on the property market?