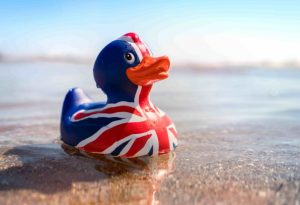 Since the referendum result in 2016, around 1 million prospective British home buyers have delayed moving home because of Brexit uncertainty.

Having commissioned a survey of 1.5 million Brits, GoCompare found that Brexit and the affect it will have on the UK economy is the biggest influencing factor in deterring people from buying a property.

60% of those surveyed, a figure of 937,000 people, have already or would delay their home move until a definitive outcome is reached.

This issue is particularly concerning for male respondents as 68% lodged Brexit implications as their primary concern that led to a delayed housing purchase. In contrast, less than half of female respondents (48%) were put off making a property purchase because of Brexit.

Housing affordability and a lack of funds remains a concern for a third of respondents (33%). 14% of respondents were deterred by the price of property in their preferred area and 12%, concerned about their job security in the current political climate, were prepared to delay a house move until things were a lot clearer.

“While there’s been much debate about how the UK’s departure from the EU will affect the economy and housing market – the full impact of Brexit is still a complete unknown. So, it’s understandable that the continued uncertainty surrounding when and how the UK will leave the EU is causing many people to put-off big financial commitments such as moving house.

“While some potential home buyers have decided to wait and see how Brexit pans-out, there are many who will want to get moving. Buying a home is a big financial commitment. In addition to the purchase price of the property, there are several up-front costs people need to ensure they have covered – these include stamp duty, survey and valuation fees, legal and estate agent fees.”

What impact has Brexit had on the conveyancing sector? Do you think there will be more movement in the property market following a definitive Brexit outcome?