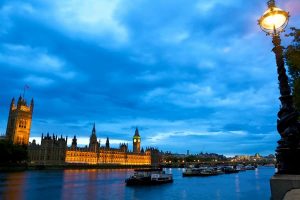 The government’s pledge to build 1 million new homes over the next five years has been accused of lacking ambition.

The Intermediary Lenders Association (IMLA) has released a set of suggested priorities the government should consider in order to deliver a ‘big thinking’ Spring Budget which would help fix the ‘broken housing market’.

IMLA referred to the 236,914 homes built in the UK last year and the fact that historic figures suggest the UK is able to complete the construction of over 200,000 homes per year as an indication that more ambitious targets are needed.

The fact that UK housing authorities were set a target of 219,441 last year through the Housing Delivery Targets also highlights the depressed central government target which could fail to help the UK pull itself out of the current housing crisis.

Instead, IMLA has urged the government to consider ways of helping first-time buyers, provide clarity on the future of Help to Buy, support private and public rental sectors and review stamp duty land tax policies.

IMLA attributed the decline in homeownership amongst younger buyers to ‘stringent affordability criteria and stress testing rules,’ claiming that the government need ‘more creative thinking’ to help ensure more buyers are able to gain a foothold on the property ladder.

The statement argues against future regulatory or tax changes to the private rental sector to deter landlords from exiting the market. Furthermore, it claims that a restructured stamp duty could reduce barriers to moving.

This is not the first call for the government to amend the stamp duty land tax system with the conveyancing sector also highlighting the benefits for home movers.

“The new Government’s first Budget presents an opportunity to take a real stride forward in its commitment to fixing Britain’s housing market—which the Conservatives themselves described as ‘broken’ in their wide-ranging white paper (published in February 2017). It’s clear Boris Johnson is bringing a ‘big thinking’ approach to policy making and major capital projects—from his thumbs-up for HS2 to rumours of a Boris Bridge—and we’re urging the Government to bring a similarly bold approach to housing.

“Getting the strategy right means committing to a long-term vision—and with its sizeable majority, the Government is well-placed to co-ordinate that vision across all departments. We don’t just need more homes—we need the right size and design of well-built, energy-efficient homes, which are properly serviced by a well-planned infrastructure including roads, schools, hospitals and public transport networks. The pledge to build 200,000 houses a year is welcome—but the fact that that target has already been met over the last 5 years indicates that the Government could be more ambitious. We need thorough analysis of what the UK’s housing needs are going to be over the next 20–30 years—and real leadership to deliver that.”

“It is a nice thought for many and would probably stimulate the market, however, I fail to see how the Exchequer could afford such a bold move given that in the year to April 5th 2019, Stamp Duty revenue was down 7% on the previous period and was still an incredible £11.9 billion.

“The average UK house price in November 2019 was £235,298. A move of this nature would potentially remove all but the highest valued properties from paying Stamp Duty.

“The only way, in my opinion, that such a move would be viable, given that Stamp Duty is worth roughly 2% of the Treasury’s revenue, would be if revenue was raised via other means which could go against manifesto promises made by the Government.

“In the run-up to Boris being elected Prime Minister, he spoke a lot about Stamp Duty cuts for UK residents, yet this seems to have gone quiet.”