Bank Of Mum And Dad Could Be Closed To Future Generations 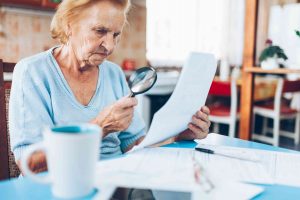 The retirees of tomorrow are less likely to look upon their property as inheritance they will pass on after they die.

According to the Equity Release Council report, ‘Beyond bricks and mortar: the changing role of property in later life financial plans’– supported by Key, the UK’s leading independent equity release adviser, new pressures created as we live longer has forced the next generation of retirees to reassess the way they view their property.

Despite the fact that the bank of mum and dad were the 12th largest lending stream last year, those aged between 45 and 64 view their property as a multi-purpose financial tool, with the express aim of supporting their own financial plans in retirement (55%) or using the equity in their home to help with unforeseen problems (49%).

In fact, only a quarter of respondents are prioritising the equity in their home as a way of helping younger family members.

The report has found that national property wealth has surpassed £4 trillion for the first time and is now the main source of wealth in most UK estates. As the population ages and people stop working, the reliance on property as their main income stream starts to increase.

The report highlights a clear shift in generational thinking when it comes to their perception of property. Where 64% of people over the age of 65 consider their property as a factor to their financial comfort in old age, this increases to 70% of 45-64-year-olds.

Even 68% of the younger generation are aware of the importance their property will play in funding their retirement as 68% consider it a crucial factor in retirement planning.

Additionally, 55% of 45-64 year-olds view their property as part of their financial plans for later life whilst this reduces to only 44% of people over 65. Over half (51%) of under 45s also perceive property as a vital cog in their planning for retirement.

“The UK’s ageing population and changing retirement landscape means people are increasingly thinking of property as a multi-purpose financial asset – particularly those aged 45 to 64, the retirees of tomorrow. Property is often a person’s single largest asset and makes a significant contribution to homeowners’ personal finances as well as providing a place to live.

“Changing attitudes to property are significant given the financial challenges facing our ageing population as they seek to live longer, healthier lives. Many people have made inadequate provision for their retirement and care needs, while others have younger family to support. Consequently, bricks and mortar have become a vital piece of the retirement funding jigsaw, to benefit people during their lifetime as well as their families.

“Our calls to action are underpinned by the core belief that – while drawing on property is not right for every circumstance and should not distract from encouraging long-term saving – it should be on every homeowner’s checklist to consider in later life, now more than ever. We urge industry and policymakers to evolve their thinking to reflect that of older homeowners to support this emerging demand.”

“For over-65s today, wealth is intrinsically linked to bricks and mortar with 40p in every pound that they own tied up in property. Historically, people have seen their house as a home and potentially as an inheritance to pass on to the next generation but this report clearly highlights that not only is that perception changing but, given the increasing pressures on retirement finances, that it has to change.

“With pension savings failing to keep up with the increase in longevity, the vast majority of people will need to carefully consider how they maximise all their assets in retirement. Whether they conclude they want to use property wealth to fund one-off purchases in later life, a source by which to top-up regular income or to provide a helping hand to the younger generation, ignoring 40% of their net worth just doesn’t make sense. “This report and its recommendations clearly highlight not only the potential benefits that housing equity can bring to older homeowners, their families and the nation as a whole but the size of the challenge that we are facing.”

With the report calling for action to meet later life and intergenerational needs – including a Later Life Commission and Minister for the Elderly alongside industry and regulatory efforts, should more be done to help people in later life?