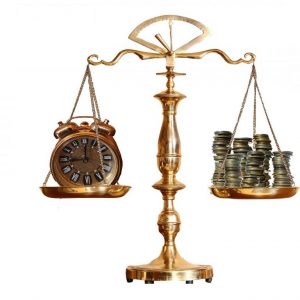 The average person over over-55 takes the equivalent of two year salary out of their house in equity release.

Regionally Londoners lead the way with an average drawdown mortgage of 130 weeks pay, the only region where drawdown is above average.

However every region saw the average drawdown customer taking out more than a year’s average salary for their region.

When it comes to a lump sum, Londoners are taking the equivalent of just over seven years average pay with the average being 179 weeks. At the other end, Scots take out an average of 91 weeks pay.

According to the Equity Release Council who conducted the research Continued house price growth across much of the UK means many homes can ‘earn’ more than the average salary. This increases the appeal for homeowners over the age of 55, who may no longer be working themselves, to improve their finances in later life by unlocking wealth tied up in their home, while retaining the right to tenure.

Despite the arrival of ‘pension freedoms’ in April 2015, this suggests the option to unlock housing wealth remains important to people’s finances as they approach the traditional retirement age of 65, particularly those reaching the end of an interest-only mortgage or with other one-off costs to meet.

H2 2015 was also notable for the rise in plans taken out by older customers. Those aged 85+ accounted for 5.9% of plans agreed, almost twice the 3.0% share a year earlier. It illustrates housing wealth serving a purpose later on in people’s retirement too as homeowners use their equity to meet one off needs, fund home care costs or simply boost their income.

The Council’s analysis of data for H2 2015 also shows product choice differs by age group, however. Between 65 and 74 product preferences closely match the overall market: 68.2% of plans taken out by this age group are drawdown and 31.8% are lump sum. The UK average is split 66.6% drawdown to 32.8% lump sum, and home reversion made up the remainder.

Customers aged 55-64 buck the overall trend with the majority (54.5%) choosing lump sum products. In contrast, from age 75 onwards four out of five opt for drawdown plans, taking an initial sum in later life while preserving an additional sum to withdraw as the need arises.

Nigel Waterson, Chairman of the Equity Release Council, said: “Equity release products continue to prove versatile in helping customers meet a range of financial needs before, at and during retirement. As a result, there is growing recognition from UK consumers, regulators and politicians that housing wealth can – and should – play a greater role in financial planning for retirement.

“Greater choice from new and existing providers is driving the appeal of equity release, with product features emerging that allow more freedom to make capital repayments and pay interest on some loans. We expect this trend to continue, and the challenge for industry and regulators is to ensure product innovation is combined with consumer protection and long-term sustainability.

“Building closer relationships with the mortgage and later life markets is also crucial so that, where appropriate, more consumers can access specialist financial and legal advice to make an informed choice about equity release.

“2016 marks 25 years of safe equity release, underpinned by industry Standards since 1991. The work undertaken by The Council and its members has ensured a safe and reliable market, and will continue as we seek to uphold best practice and deliver positive outcomes for a wider range of consumers.”