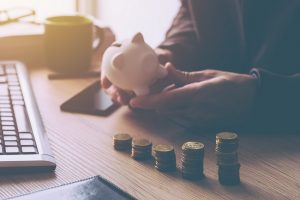 The spending taps are firmly back on again as Hammond says ‘the era of austerity is finally coming to an end’ and pledges billions into the NHS, social care and defence. The NHS is a priority and has been promised £20.5bn, while social care receives £650m and defence £500m –  but leader of the Labour Party, Jeremy Corbyn, has heavily criticised the budget by saying it is a ‘ broken promise budget’.

But the budget brings a downside to pension savers as this will result in previously higher-rate tax payers slipping into the basic rate tax bracket. The repercussions of this means the tax relief that taxpayers will receive when putting money into a pension will be halved from 40% to 20%.

It is also believed that a ‘no deal’ brexit or an economic downturn could spell disaster for Hammond’s plan to spend in the future – as the figures may well be revisited depending on whether the Brexit process goes smoothly.

Nevertheless, the budget unveiled a shining light in the property sector for first time buyers (FTBs) in regards to stamp duty as the Chancellor announced that all FTBs purchasing shared equity homes of up to £500,000 will be eligible for FTBs relief. A further £500m is being made available for the Housing Infrastructure Fund which is designed to enable a further 650,000 to be built.

Lettings relief is also being limited to properties where the owner is in a shared occupancy with the tenant. While, new partnerships with housing associations in England are to deliver 13,000 new homes – with further guarantees of up to £1bn for smaller house-builders.

During Hammond’s 72 minute speech, he stated: “We can’t resolve the productivity challenge or deliver the high standard of living the British people deserve without fixing our housing market.”

In response to the stamp duty announcement, David Westgate, Group Chief Executive at Andrews Property Group said: “I’ve made no secret of my views on how punitive Stamp Duty charges have exacerbated an already sluggish market and any move that will lessen the impact felt by purchasers is good news.

It doesn’t, however, go far enough and I maintain the view that a complete and thorough review of Stamp Duty is required.  Such a review would result in radical change and whilst that might mean lower individual receipts in to the Exchequer, the impact it would have on overall volumes would at least cancel that out.

Let’s hope that today’s announcement is just the start of a move towards a fairer system of Stamp Duty.”

Simon Bath, CEO of When You Move, further comments on the Autumn Budget. He said: “Housing is at the core of our economy and is a key factor in the state of our economy in the months leading to Brexit. The introduction of a tax break for home sales to long-term tenants will serve as a much-needed push of confidence for the property market. Giving long-term tenants the opportunity to purchase their property of residence can reverse the homeownership decline and improve rental conditions as one-third of ‘Generation Rent’ may never be able to buy a property.

“The Chancellor has gone further with a stamp duty relief for first-time buyers of shared ownership homes of up £500,000 backdated. This was highly anticipated and is a welcomed initiative for potential homebuyers. Furthermore, the stamp duty increase of 1% for homebuyers who do not pay tax in Britain, has the potential to work to the advantage and the disadvantage of the property market. With such high levels of property investment coming from East Asia in regions such as Birmingham, Liverpool and London, this could work to the detriment of the market. Although, Foreign Direct Investment is essential and valued, we cannot let this work to the detriment of potential domestic homebuyers, as they cannot compete. Therefore, the increase in stamp duty for foreign investors will help first-time buyers and second steppers to penetrate the market in a less competitive climate.

“The announcement confirmed that the Government is lifting the cap on the amount of money local authorities are able to borrow to build housing. Giving the power back to local councils to build social housing in their regions has the potential to provide the infrastructure which the local economies can benefit from.”

Consequently, the budget revealed the Technology giants, from Facebook to Google and Ebay, will be forced to pay a ‘digital services tax’ as they are deemed to be paying less than their fair share of revenue.

Hammond said: “It is clearly not sustainable or fair that digital platform businesses can generate substantial value in the UK without playing tax here.”

Those companies who will be targeted with the digital tax would only be the large established tech giants with global revenues of at least £500 million. It is expected to raise around £400 million per year for the Government.

As in previous budgets, this year’s Autumn’s Budget has seen a shift to spending rather than saving – with the biggest amount of public spending in 10 years.

As a conveyancer, what is your opinion of the Budget? Do you think it will help the property industry going forward?