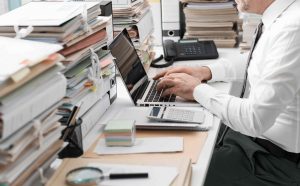 The number of applications being returned to conveyancers by HM Land Registry (HMLR) is increasing with 14.75% of all applications made by the 500 companies sending the most applications to HMLR resulted in a request for information from the governmental department.

Between April and December last year only 13.3% of applications resulted in a requisition from HMLR. Now, data suggests requisitions have increased by more than 1%.

Back in 2017/18 HMLR set out its business strategy aims for 2017-21, including providing transparency for home buyers. HMLR have claimed that by publishing a clear list of the top 500 companies using HMLR’s services incorrectly or inaccurately, home buyers can establish why their home move may be experiencing delays.

Whilst the figures may seem fairly indecipherable, they indicate that requisitions are substantial and will cause significant delays and increase costs in the registration process.

Between January and April 2019, a total of 854,266 applications were made to HMLR. Of that number, 126,020 requisitions were returned to the companies because the information they provided was incorrect, inaccurate or failed to provide the relevant detail.

Worryingly, some conveyancing firms have a requisition bounce back rate of over 50%. Based on the evidence, many firms will be losing a lot of precious time and money in altering and amending the data they provide HMLR based on the Q1 findings.

Overall, the information was broken down by application types including: register updates, first registrations, new leases and transfers of parts.

Between January and April, 31,412 dispositionary first lease (DFL) (new lease) applications were made with 17,136 requests for information being sent back. In 2018, the return rate of these applications was 49.6% and in the opening quarter of 2019, this figure has increased to 54.5%.

3,751 of the number of first registration (FR) applications lodged by customers in the opening quarter data, which totalled 11,011 applications, were returned for improvements. The ping back rate of 34% is actually a reduction on the 39.3% of requisitions returned in 2018.

Whilst the registry was clear that in some cases these requisitions were not the fault of the conveyancer, but the registry exercising rule 17 of the Land Registration Rules 2013 to elicit more information, it is clear that far too many applications are facing avoidable delays that are significantly affecting the conveyancing process.

Are these requisitions avoidable? Do conveyancers need to become more accurate in order to ensure a smoother and faster application process?

Explanation of the data set. Please find the data from January – March 2019 here