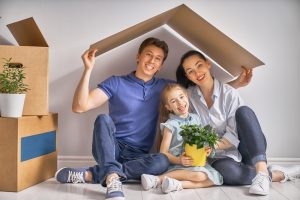 Figures from the Nationwide House Price Index revealed that annual house price growth is now the lowest since May 2013, with growth slowing to just 1.6% in October.

Furthermore, while there were 1.2 million transactions in the 12 months to September 2018, that remains 30% lower than the levels seen in the same period in 2007.

According to Nationwide, the average UK house price is now £214,534.

London remains the most expensive region in the country to purchase a home with an average cost of £486,000. However, while house price growth in England has slowed, Wales and Scotland have experienced growth.

Overall, the slow rate of growth is to be expected given the current market instability.

Commenting on the latest figures, Nationwide’s Chief Economist, Robert Gardner said: “October saw a slowdown in annual house price growth to 1.6% from 2.0% in September. As a result, annual house price growth moved below the narrow range of c2-3% prevailing over the previous 12 months. However, this was broadly in line with our expectations, as the squeeze on household budgets and the uncertain economic outlook is likely to have dampened demand, even though borrowing costs remain low by historic standards and unemployment is at 40-year lows. We continue to expect house prices to rise by around 1% over the course of 2018.”

While housing market activity is relatively subdued, there has been an increase in first-time buyers in recent years. According to Nationwide, these are now broadly in line with pre-crisis levels. This is said to be down to an improvement in credit availability, the introduction of schemes such as Help To Buy, historically low-interest rates and fixed rate deals, and steady improvement in the labour market.

Looking ahead, there is hope of revitalisation following the announcement of a range of measures designed to help the housing market in the Autumn Budget. Commenting on the outlook, Gardner added: “much will depend on how broader economic conditions evolve. If the uncertainty lifts in the months ahead, there is scope for activity to pick-up throughout next year. The squeeze on household incomes is already moderating and policymakers have signalled that interest rates are only expected to rise at a modest pace and to a limited extent in the years ahead.”

As a Conveyancer, what is your opinion of these figures?